Skip to main content
In Every Issue
Engines of our Ingenuity
No. 3255: Engineering Campuses and Real-World Technological Change

Today, a lesson from an engineering campus. The University of Houston presents this series about the machines that make our civilization run, and the people whose ingenuity created them.

I’ve often talked about how technology mirrors us — and how we mirror our technology.  More than we realize, we are reflections of the things we make. So how does that mirroring work in engineering schools — the places where so many people get their start in shaping our technology. Well ...

We constantly tear down and rebuild. But do we trail behind or set the future as we build? The answer’s not simple.  Think about steam engines — how they transformed our 19th century world.

I first studied engineering right after WWII. And steam engines were still central in my studies. That seems strange today, even though steam still provides most of our power. Nuclear energy, fossil fuel energy, even some solar energy — they all drive steam turbines. But steam power fades from our curricula, because it’s largely a settled technology.

And yet ... the late ‘50s found me teaching lab courses that still had many steam experiments. Gas turbines were used widely by then. And America’s first nuclear power plant was already up and running. We taught about steam, while that university already had a top nuclear engineering program. The way the past and forefront overlapped seems puzzling.

Here I was, teaching an old settled technology, while I studied shock wave structure on re-entry rocket nose cones. I was learning how to control neutrons in a reactor.  And our students?  Well, here’s the thing: They knew they were learning lab technique with old machines, so they could go out and create new machines.

I came to Houston in 1980. Steam engines were finally gone by then.  Now our labs filled a huge, rambling, old airplane hangar of a building.  We called it, The Y-building.  And, oh, the stuff inside it: Huge tensile test machines; a great tank for under-water acoustical tests. A wind tunnel.  A large centrifuge buried in the concrete floor. One prof. had set up railroad tracks to do acoustical tests for cracks in rolling iron railway wheels.

The past and future met in that building. And here we learn a lesson: Any good engineer knows the past — but that same engineer cannot be chained to the past. I recently watched as my granddaughter, an engineer, designed a radically new machine.  And it depended on a latch that used a 19th century mechanism.

So, as we constantly reshape old buildings on any engineering campus, the past lingers. That Y-building finally perished — replaced by a more modern one.  It’s arranged for research on a smaller scale.  Those massive Y-building experiments now seem to be no more than the stuff of this old man’s nostalgia.

But campuses reflect the past and future of engineering in a kind of rolling evolution. And that’s how things must be. The past eventually becomes baggage. But it never completes its purpose until it has bridged us into the next future.

I’m John Lienhard, at the University of Houston, where we’re interested in the way inventive minds work.

For more on how we and our machines mirror one another, see J. H. Lienhard, “The Engines of Our Ingenuity, An Engineer Looks at Technology and Culture.” (Oxford University Press, NY, 2000): Chapter 1, Mirrored by Our Machines.

For a history of the steam engine, see J. H. Lienhard, “How Invention Begins: Echoes of Old Voices in the Rise of New Machines.” (Oxford University Press, NY, 2006): Part II, Steam and Speed.

For an example of how one important university engineering laboratory evolved throughout its entire history, see: J. H. Lienhard V, History of the Rohsenow Kendall Laboratory,at: http://rklab.mit.edu/history.html. This episode first aired on June 7, 2021. 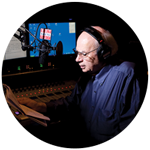 The Engines of Our Ingenuity is a nationally recognized radio program authored and voiced by John Lienhard, professor emeritus of mechanical engineering and history at the University of Houston and a member of the National Academy of Engineering. The program first aired in 1988, and since then more than 3,000 episodes have been broadcast. For more information about the program, visit www.uh.edu/engines.

Learn more about the legacy of The Engines of Our Ingenuity on our YouTube channel.