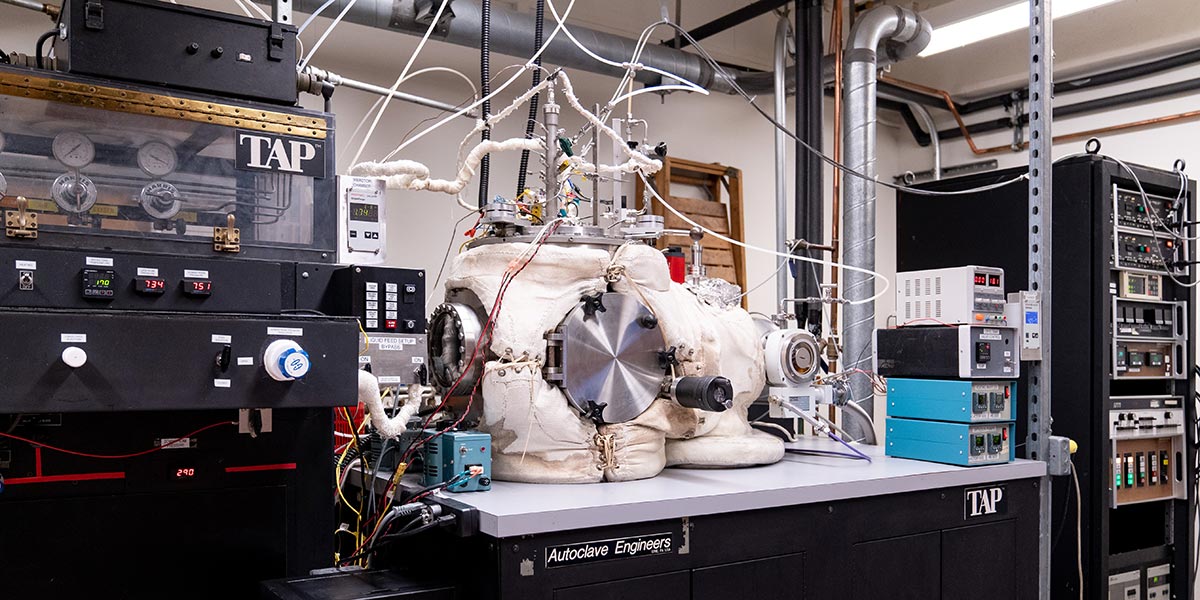 The TAP reactor and other associated equipment in Lars Grabow's lab 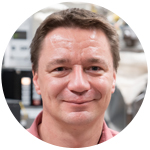 A Cullen College of Engineering professor will be furthering his research into developing small, modular reactor systems and tuning the properties of catalysts after receiving a pair of grants expected to total more than $2 million in funding.

Lars C. Grabow, the Dan Luss Professor in the Cullen College of Engineering’s William A. Brookshire Department of Chemical and Biomolecular Engineering, is the primary investigator for “Resilient Ammoxidation of Small Hydrocarbons (R-ASH) Using Forced Dynamic Operation for Maximal Flexibility.” While the exact budget is still being negotiated, roughly $1.3 million of the $3.6 million project will fund work at UH. Other team members are at the Idaho National Laboratory, the University of Virginia, the Pacific Northwest National Laboratory, and KX2 Development.

Grabow described the aim of the research in an abstract for public release.

The goal is to increase options and safety when it comes to dealing with sometimes volatile and explosive chemicals.

“We picked acrylonitrile as a target product, because its transport and storage is dangerous and it is a highly energy intensive chemical to make,” Grabow said. “The distributed approach promises not only to increase the flexibility of the location and time when acrylonitrile is made, but it also contributes to process safety because the risk of explosive polymerization during transport or extended storage periods of acrylonitrile can be effectively reduced.”

Acrylonitrile is a commodity precursor used in the chemical industry for the production of ABS/SAN resins, acrylic fibers, acrylamide, nitrile rubber, adiponitrile, and carbon fibers. Its distributed manufacture is particularly interesting for carbon fiber producers, an industry sector with double-digit annualized growth rates.

R-ASH, as the project is nicknamed, shares ideas with another project Grabow is working on with collaborators from UVA. Mike Harold of UH is also a collaborator for both projects. Grabow noted that new chairman of the William A. Brookshire Department of Chemical and Biomolecular Engineering, Triantafillos “Lakis” Mountziaris, spearheaded the idea of distributed manufacturing when he was a Program Director at the National Science Foundation.

“Distributed Chemical Manufacturing or 'DCheM' is a concept that aims to revolutionize and ‘democratize’ the process industries sector by deploying modular process plants close to the feedstock or to the customer,” Mountziaris said. “This approach can take advantage of geographically scattered feedstocks and provide opportunities for economic development to rural and remote areas. It can also enable on-site production of dangerous chemicals to avoid their transportation and storage. The project that Dr. Grabow and Dr. Harold will pursue with their collaborators is very timely and addresses this need with potential economic and environmental sustainability benefits.”

Grabow is a co-PI for the second grant, “Catalyst Evaluation for Deactivation and Remediation (CEDAR): Development of Robust Materials and Resilient Processes via Transient Measurement and Data-driven Multiscale Models,” which is led by the INL. About $690,000 of the roughly $6.5 million project is earmarked for research at UH.

The research, nicknamed CEDAR, centers on catalytic deactivation, which is the loss of effectiveness in a catalyst over time. According to the project’s abstract, “the vision of this project is to advance chemical manufacturing productivity and energy efficiency by combating catalyst deactivation with robust predictive models based on new Dynamic Catalyst Science (DCS) methods supported by data analytics. Transient kinetics is at the heart of DCS which may employ the use of temperature, concentration or pressure transients to perturb the state of a chemical reaction system.”

UH and INL are partnering for both grants, with Grabow noting that their research interests often overlapped. He and Rebecca Fushimi of INL organized a workshop on Dynamic Catalysis Science in February 2020 at UH, for example, which led to networking between researchers from the participating institutions, the U.S. Department of Energy and private industry.

“The connection with the Idaho National Lab is strategic,” he said. “We collaborate with Rebecca Fushimi at INL, because she is the leading U.S. expert in the use of temporal analysis of products [TAP] reactors for studying heterogeneous catalysis. There are only four TAP reactors in the U.S., and INL has two state-of-the-art systems.”

Grabow added, “With the TAP reactor we can deliver very small quantities of our reactants in a highly controlled fashion to the catalysts, and we can study the time-resolved response. This produces a lot more data per experiment than a typical reactor measurement. The large amount of data is necessary, because we want to use machine-learning techniques to improve our mathematical models of the process … My group’s contribution will lie in the development of kinetic models, again coupled to machine learning algorithms, to predict the deactivation behavior from TAP reactor measurements. The goal is to collect tons of data in a relatively short amount of time on the INL TAP reactor and then attempt to extrapolate to longer time scales. This will allow our industry partners to test their catalysts quicker and develop more robust catalysts that last longer.”

This industry component is often overlooked in academia, according to Grabow.

“Academia is obsessed with beating speed records of reaction rates, but we avoid the long-term stability question quite frequently,” he said. “One obvious reason is that many industrial catalysts have lifetimes of two to 10 years, and we can’t expect our graduate students to run 10-year experiments to see if a new catalyst lasts longer. Our alternative approach in the CEDAR project would hopefully enable us to make this prediction in just one day! Yes, that’s wishful thinking, but we aim high.”