The highest professional distinction an engineer can achieve is obtaining membership in the elite group the National Academy of Engineering (NAE). The nonprofit organization, founded in 1964, brings together many of the world’s most accomplished engineers.

The NAE’s more than 2,000 renowned member professionals in industry, academia and government from the U.S. and around the globe, provide leadership, expertise and insight to the federal government on matters involving engineering and technology.

The UH Cullen College of Engineering is home to 14 brilliant engineers who have earned their spot on the NAE membership roster with creativity and distinction. In this issue, we invite some of our NAE faculty members to share insights into how they think, dream and innovate. 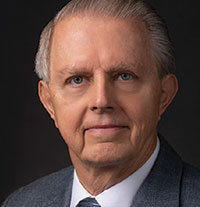 BB: At all times leave things better than when you found them.

BB: When I was in the eighth grade I was going to be a school teacher, which was the noblest profession I had seen at that point. At that time my brother in college switched to engineering and so I decided to become an engineer also. I had zero career counseling, but it was the right answer.

Engineering has provided a basis not only for success in doing technical design, but also establishing and owning a company and mentoring others.

BB: As an engineer I get to work on puzzles and problems no one knows the answers to and use the knowledge to produce new products and services. 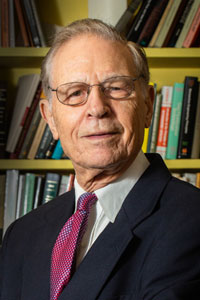 NAE Election Year: 1984
Election Citation: For his scholarly insight into important industrial problems in chemical reactor engineering and for his ability to support novel, inspired and useful solutions.

DL: Set a high goal and try to achieve it. 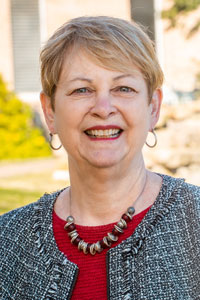 NAE Election Year: 2003
Election Citation: For contributions to the testing of wells and characterization of reservoirs, including the management, integration and visualization of data from multiple disciplines.

CE-E: Overall, I have enjoyed taking the “road less traveled,” and it has made “all the difference.” I celebrate diversity. Learning to communicate in unfamiliar technologies or surroundings is stimulating.

CE-E: It seems like nearly every day I encounter new insights. The university environment is great for this. A Ph.D. student begins to succeed when he or she starts to teach the professor. I will be able to keep this up as long as I can find new ideas to explore.

Who is your favorite engineer? And why?

CE-E: This is a hard question because many well respected and highly known people come to mind. But Dr. Tatiana Streltsova, a civil engineer and hydrologist, was my role model. I referenced her work in my own first published articles. I met her about 20 years later, after she immigrated to the U.S. from Russia, and I knew her after she retired and took up her passion for art. She passed away recently. Streltsova, a child survivor of the Leningrad siege during World War II, overcame many barriers to reach her achievements.

CE-E: I think the Big Bang theory [origin of the universe] is wrong. One day I may try to investigate and articulate compelling arguments as to why it is wrong. 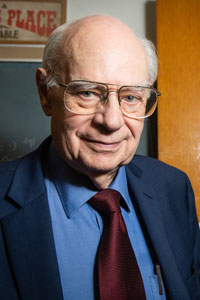 John H. Lienhard
M.D. Anderson professor of technology and culture, emeritus. Creator and host of the national radio program “The Engines of Our Ingenuity,” which shares stories of how culture is formed by human creativity.

JL: I must be constantly curious and ready to be surprised by the beauty all around me.

JL: I suffered severe dyslexia as a kid, and had to replace symbolic thinking with spatial visualization. That led me into things like drafting and mechanics. My visual sense suited me far better to geometry and calculus than it did to, say, algebra. It practically funneled me into mechanical engineering.

Who is your favorite scientist? And why?

JL: A triumvirate: Michael Faraday, a British chemist and physicist who contributed significantly to the study of electromagnetism and electrochemistry; John Tyndall, an Irish experimental physicist who is noted for discoveries involving infrared radiation (his invention of the lightpipe led to the development of fiber optics) and atmospheric science among others; and J. Willard Gibbs, an American mathematical physicist who made important theoretical contributions to physics, chemistry and mathematics.

JL: Maybe the fact that I was deeply involved in vocal music – lead roles in music theater and opera, high level vocal ensembles, even commercial recordings.

If you could tell aspiring engineers and scientists one thing, what would it be?

JL: Seek out your ignorance; it is your friend. Accomplishments and expertise are so yesterday. Knowledge flows into the curious person in the room, to the one who constantly seeks out his or her ignorance. 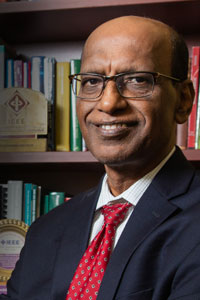 KR: Work smart, doing the maximum amount of work in minimum time and in the right way.

KR: My field is directly relevant to many applications, such as transportation, renewable energy, power systems, industrial systems and more. It integrates the different areas of expertise into one single field.

KR: I grew up in a small village with no electricity in the house. I lived there until finishing high school. 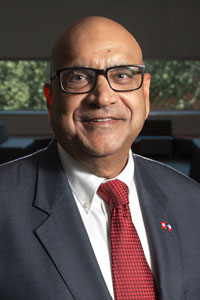 GT:
1. Although difficult to implement, try to create a reasonable work-life balance.
2. Make your work your passion and learn on every step.
3. Never give up, do the very best you can.
4. Pay attention to your own drawbacks before criticizing anyone else.
5. Use encouragement to motivate others.
6. Collect as many facts as you can before making a decision and realize you will make some wrong decisions.

GT: When I was an undergraduate, oil prices dropped and many people thought oil and gas would run out in 30 to 40 years. They were wrong. Today we still have 40, 50 or more years of oil and gas remaining, especially as we go from conventional oil and gas to unconventional. The sky is the limit, and we may have a whole new era coming up.

The oil and gas industry has been good to me and led to a very rewarding career, not only in financial terms, but also by providing exciting work where you can use advanced technologies, constantly learn new things and work all over the world, meeting diverse people and making friends everywhere.

I also like helping others, especially in teaching my students.

Who is your favorite engineer? And why?

GT: Anthony Lucas (1855–1921), an Austrian-born mechanical and mining engineer who became the leading expert on salt dome formations in America. He discovered Spindletop, the first oilfield found on the U.S. Gulf Coast, kicking off the Texas Oil Boom in 1901. The discovery not only transformed the economy of the area, but also revolutionized the global fuel usage. The Lucas Geyser blew oil over 150 feet in the air at a rate of 100,000 barrels per day.

Lucas returned to Beaumont, Texas, after a job in Mexico and was asked about the Spindletop’s rapid decline in production. “The cow was milked too hard,” he said, “and moreover she was not milked intelligently.” The concept of reservoir management started at that time.

I have been following this philosophy during the last 40 years, and this was the subject of my recognition for the NAE (National Academy of Engineers).

If you could tell aspiring engineers and scientists one thing, what would it be?

GT: Develop a positive attitude and “can do” approach. Be persistent, stay focused, use your time effectively, respect others and embrace diversity.

Our industry has seen many ups and downs and it has affected all of us in some ways. But the outlook for the future of the oil and gas industry is bright and healthy. I see a robust oil and gas industry in the future. We should focus on describing the value of our profession to the society, such as providing energy for light, heating, air conditioning, driving, running machines, airplanes, etc. It’s important to continue exploring, drilling, producing, refining and transporting oil, gas and derivative products for a variety of usage. If we stop these activities, the whole world will come to its knees. What we do is an integral part of our society, and today’s young engineers and scientists are going to play an even more important role than my generation played.

I would encourage young professionals and college students to continue to stay active, take leadership roles and continue to develop themselves as this is a very important industry and it is going to be here for many more years.