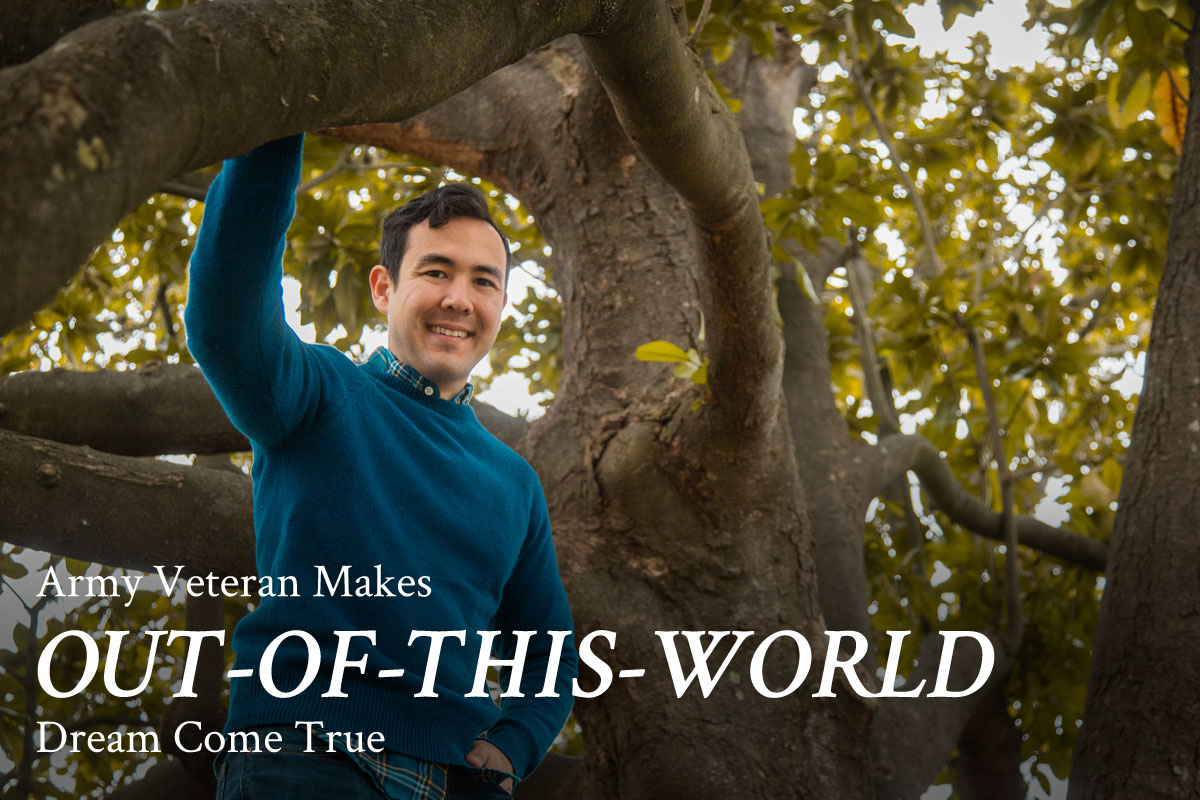 Dwight Theriot, a decorated U.S. Army veteran, discovered his passion for engineering by accident while serving as an intelligence and security officer in Iraq in 2009.

His unit needed a classified communication system involving a communications satellite receiver and network automation, but couldn’t afford to buy a new one. After checking around the Army supply chain, they found one that hadn’t been used for a while. It came with no guarantees that it worked. But it was free.

Theriot and his unit picked up the equipment and got to work. After installing its many different pieces, they plugged it in and flipped the switch — only to have the power blow.

“We needed this system up and running quickly, and it was expensive equipment,” Theriot said. “We could send it for repairs and wait several months for it to be sent back to us. Or we could just pry it open and try to fix it.”

His team opted for the latter option and discovered the main power capacitors had exploded. The replacement parts were relatively inexpensive, so they decided to work with the guidance of a contractor who happened to be an engineer.

Fixing the communications system turned out to be a great learning experience.

“I didn’t know anything about all this. It was the first time I had ever cracked open a piece of electronic equipment to try and fix it, the first time I’d soldered anything outside of a classroom,” Theriot said. “The entire process, from setting the equipment up to troubleshooting, got me interested in radio and satellite communications. This project sparked my imagination and started me on the path to becoming a mechanical engineer.”

He peppered the engineer with questions about his professional background and took online courses to learn more about engineering and communications technology. This exposure deepened Theriot’s commitment to pursue an engineering career after his military obligations ended.

“I told myself at that time, if I was fortunate enough to get into an engineering program that I would give my studies everything I had so I could someday work at NASA,” he said.

His next posting was at Fort Sam Houston in San Antonio as the executive officer of the Warrior Transition Battalion. Theriot was responsible for the health, welfare and morale of 200 wounded soldiers transitioning from the battlefield to everyday life. In this role, he managed a staff of 60, identified gaps of healthcare coverage and served as liaison between the hospital, the Veteran’s Administration and non-profit organizations.

Then he was deployed again, this time to Afghanistan. He spent his free time experimenting with microcontrollers and researching engineering programs. During this time, he also became fascinated with space. Days in Afghanistan were rough and dusty, but nights were clear and had very little light pollution. They presented an astounding view of the stars.

“You see tons and tons of stars on clear nights,” Theriot said. “I found myself looking up a lot.”

He cultivated a new hobby: spotting the International Space Station as it flew over Bagram Airfield, where he was stationed. He took more online courses, and he researched and contacted engineering schools.

“I started getting more and more fascinated with outer space and thinking about our place in the universe,” Theriot said. “Ultimately I realized I have to go back to school for engineering. I did well for myself in the military, but it wasn’t what I wanted to do forever.”

By the time he left Afghanistan and the military, Theriot had seen two wars and been awarded a Bronze Star in recognition of his efforts over the course of his deployment, three Army Commendation medals and three Army Achievement medals. 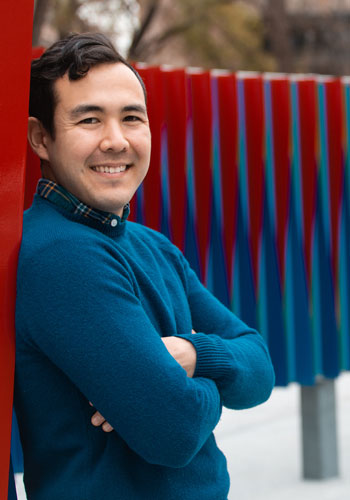 Theriot, who had previously earned a bachelor’s degree at the United States Military Academy at West Point focused on Russian and Computer Science, would have to earn another bachelor’s degree to pursue engineering.

He returned to Texas ready to begin school with the help of the GI Bill and the Hazelwood Act, a Texas benefit that provides qualified veterans, spouses and dependent children up to 150 hours of tuition exemption.

He applied to the Cullen College of Engineering program and got denied.

“I was like, okay I should just go get a job,” Theriot said. “Honestly, there were more than a handful of times — this was one, and then there were other times I was stressed out about exams or homework — where I said to myself, ‘With my experience and my resume, I could go out and get a very good-paying job today and I don’t have to go through any of this.’”

But his wife Simone knew how much the dream mattered to him, and she didn’t let him give up.

Instead, he checked out other UH programs and then applied to the Department of Physics. Once he’d established a good academic record, Theriot transferred to the mechanical engineering program.

“I wanted to pursue a mechanical engineering degree because of how versatile it is and how many things fall under the roof of mechanical,” he said.

While a student at UH, Theriot pursued his space interests by seeking out opportunities offered in Houston, often called Space City for being home to the world-renowned NASA Johnson Space Center.

He also participated in the NASA Pathways Intern program (formerly known as the Co-Op program) between 2016 and 2018. NASA Pathways allows participants to gain valuable experience by alternating semesters between school and work at NASA in engineering, science or business.

“First they put you where they need you and then you have a choice as to which part of NASA you want to experience … basically, you rotate through different groups,” Theriot said.

In spring 2016, he worked with the Advanced Thermal Development Group where he helped design a liquid nitrogen-cooled thermal vacuum chamber, enabling the group to economically test new technologies in space-like conditions. He also taught an introductory Russian language and culture class to NASA employees and was selected as one of two (out of 50 candidates) Outstanding Co-ops for the term.

In spring 2017, Theriot worked with the Extravehicular Activity (EVA) Operations and became certified to teach two astronaut training classes. He participated in mission simulations as an astronaut performing an EVA (doing a task outside the Space Station) and as a flight controller who talked the astronauts through the EVA steps. A lot of engineering know-how is needed for the position.

“It has a lot to do with understanding the nature of things and figuring out the optimal working conditions for an activity or event,” he said. “You have to understand how equipment might behave under certain conditions and you have to be able to troubleshoot if things go wrong.”

That summer, he worked at NASA’s Neutral Buoyancy Laboratory, where astronauts train for space missions. There he designed and implemented the software and sensors needed to integrate new equipment for the training facility.

His last rotation — in summer 2018 — was spent working in the Design and Analysis Branch where he designed and executed a thermal vacuum experiment to evaluate infrared heating solutions for Chamber A, one of the largest thermal vacuum chambers in the world. He also designed and built a thermal fluid loop test stand for emerging heat rejection technologies for the Space Station.

At the end of his internship, Theriot was offered full-time employment and ended up choosing to be a NASA flight controller. The position involves being an expert on EVA in space and teaching astronauts to do spacewalks and maintenance activities outside the Space Station.

“I get to be part of the same group of people that taught Neil Armstrong and Buzz Aldrin how to walk on the moon. Only a handful of people have ever done this job in history,” Theriot said. “I could be teaching the next astronaut to land on the moon how to do the moon walk.”