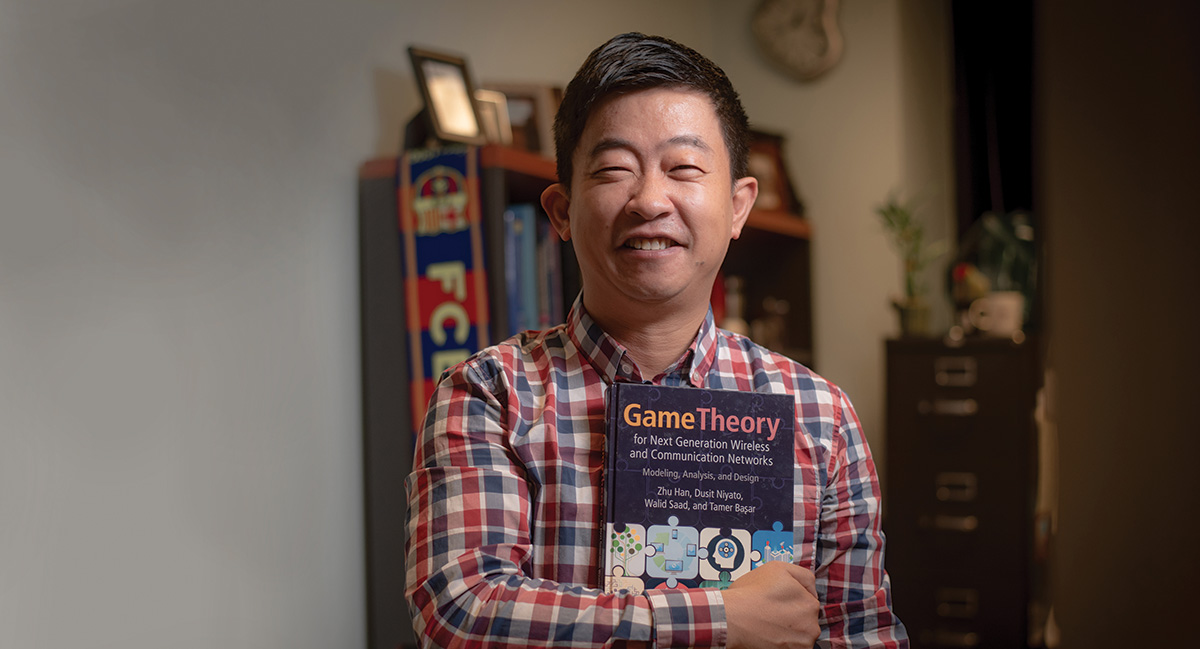 A professor at the University of Houston's Cullen College of Engineering was honored by the Institute of Electrical and Electronics Engineers for his early to mid-career contributions with the 2021 Kiyo Tomiyasu Award.

Dr. Zhu Han, the John and Rebecca Moores Professor of Electrical and Computer Engineering, said he was notified that he had won the award at the end of June.

“It's quite an honor,” he said. “There are many other people with a similar background that could have received it.”

The IEEE Kiyo Tomiyasu Award was established in 2001 to recognize outstanding early to mid-career contributions to technologies holding the promise of innovative applications. The IEEE noted that Han received the award “for contributions to game theory and distributed management of autonomous communication networks.” Han is the first winner of the award from the University of Houston.

Han attributed his success to a good research and work environment at the university, and thanked his colleagues and department chairman, Dr. Badri Roysam, for helping him achieve the honor.

“It's a really supportive environment,” he said. “The environment is very friendly. Even a junior faculty member can concentrate on research. That's something that's really great about the University of Houston.”

Han first joined the university as an assistant professor in 2008. He was promoted to an associate professor in 2012 and then to a professor in 2015. He was named an IEEE Fellow in 2014, an IEEE Distinguished Lecturer from 2015 to 2018, and an AAAS Fellow in 2019. According to the Web of Science Group, Han's papers were among the top 1 percent of highly-cited papers for 2019.