Skip to main content
In Every Issue
Engines of our Ingenuity
No. 1113 — How Can I Tell You About Math? 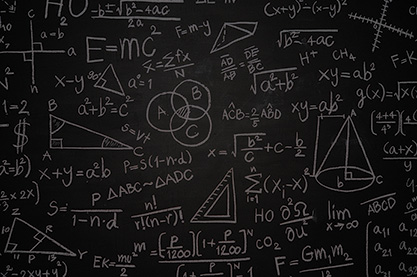 Today, three mathematicians wonder how to teach math. The University of Houston's College of Engineering presents this series about the machines that make our civilization run, and the people whose ingenuity created them.

I've had a running conversation with three mathematician colleagues. They all feel acutely that we need to improve the public understanding of math. But none of them knows how!

These people differ greatly in temperament. Each readily admits his temperament colors the way he does math. Yet they share one conviction. Mathematics is a great beauty in their lives. It gives them pleasure. They want others to share that pleasure.

But they also want to share the empowerment math gives them — the increase of options in their lives. Whole worlds of human endeavor close off when you don't know math. As math literacy drops, and our young limit their lives, America suffers. That's why I turned to these friends. And if they don't know the answer, they certainly see the problem. It's the Catch-22 of having to describe mathematical pleasure to children who don't yet know math.

And it's not just children. We in engineering still meet students who're beyond calculus, and who haven't yet caught that glint of beauty. These are, by and large, students who've seen only sets of formal steps in the math they've studied.

Of course that's the terrible trap we teachers face at all levels. It's far easier to teach methodical steps than to open our insides to students — to say, "Here's where Heaven has touched me!" Methods are so clean and reliable. It's easy to write and grade test questions about method.

But mathematicians are in their business to be surprised. While method can produce surprise, instruction based on method takes students out of the mental frame that expects surprise. They miss both the pleasure, and the opportunity, surprise offers.

Mathematics is like humor. Math lets you turn suddenly, and veer onto a side road. Method doesn't. Well-constructed humor has a mathematical structure to it. My favorite example is the assertion that "There are three kinds of people in this world: those who can count and those who can't!" Or, if you want one with even greater mathematical elegance, try, "All generalities are false!"

So my colleagues and I will keep trying to reach students after they've reached the university, even though that's too late. The fact is, we teachers need the help of parents and of the media. Children need to know that math offers joyful and unexpected forks in their road. Math offers surprises that educational method hardly hints at. And that includes surprise in the road of their own lives. It means more choice, and greater freedom.

I'm John Lienhard, at the University of Houston, where we're interested in the way inventive minds work. 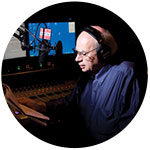 The Engines of Our Ingenuity is a nationally recognized radio program authored and voiced by John Lienhard, professor emeritus of mechanical engineering and history at the University of Houston and a member of the National Academy of Engineering. The program first aired in 1988, and since then more than 3,000 episodes have been broadcast. For more information about the program, visit www.uh.edu/engines.