THE COVID-19 PANDEMIC HAS CHANGED LIFE FOR EVERYONE IN 2020, BUT DESPITE THE CHALLENGES IT HAS IMPOSED ON PEOPLE, CULLEN COLLEGE OF ENGINEERING STUDENTS HAVE DONE THEIR BEST TO EXCEL. IN THIS ISSUE OF PARAMETERS, WE'RE SPOTLIGHTING TWO OF THESE STUDENTS — ONE WHO HAS LANDED AND STARTED A DREAM JOB WITH NASA, AND ANOTHER WHO WILL COMPLETE HER SECOND DEGREE AT UH THIS SPRING. 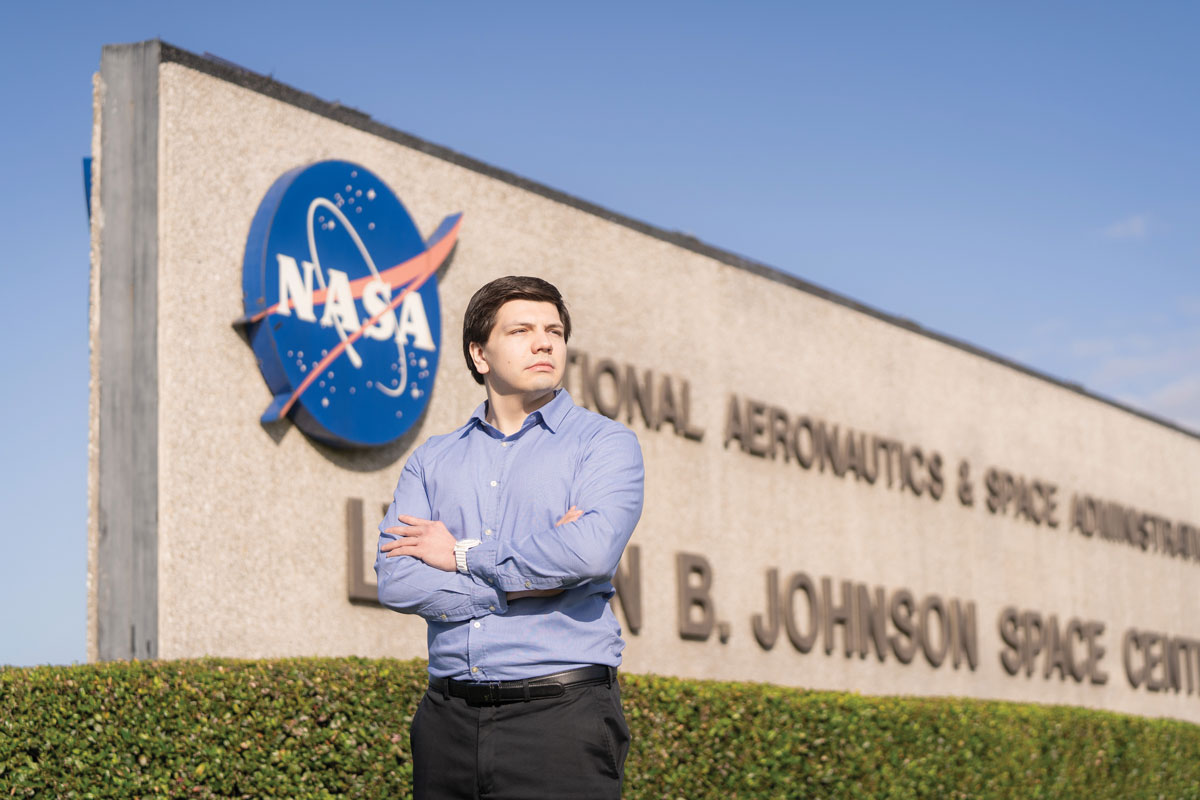 When Walter Rodriguez began his educational journey at the University of Houston, he didn't have NASA as a specific goal in mind, but he knew he wanted to pursue a career in the aerospace or biomedical industries. Now, after being inspired by a popular film and working through several internships, he's landed a job with the space agency, despite the challenges imposed by the pandemic.

At UH I was provided a wonderful and immense opportunity to explore a wide range of applications of mechanical engineering through the various research projects being performed and professors who taught in the program.Walter Rodriguez

“I started off in the Honors program and engineering program at UH due to my love of science and mathematics, and my interest in how technology works,” he said. “At UH I was provided a wonderful and immense opportunity to explore a wide range of applications of mechanical engineering through the various research projects being performed and professors who taught in the program.” 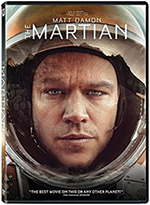 “The Martian,” a popular movie about an astronaut stranded on Mars, based on a book by Andy Weir, sparked his interest in NASA.

“In the movie, the important roles of Houston and the Johnson Space Center are mentioned, as well as the need for engineers and scientists to do a large portion of the work required to save the main character. I realized then that I was studying the same materials and would make a good candidate for a wide array of space exploration work,” he said. “I applied the same night to the NASA USRA internship program and received a Spring 2016 internship offer at Marshall Space Flight Center in Huntsville, Alabama, working on the design of a large-scale electric propulsion vacuum chamber.”

It was the first of five internships that Rodriguez did for the organization, and after completing it, he focused more on studying aerospace with Dr. Daniel Araya, now with the John Hopkins University Applied Physics Laboratory. He graduated with his B.S. in mechanical engineering in December 2017, and noted that the NASA Pathways program allowed him to continue work toward an advanced degree.

“The pathways program is particularly nice, as it gives you a path to secure a full-time job after graduation as a NASA civil servant and allows you to complete rotations in different organizations and branches, letting you get a wide array of experience in whatever area you might want to explore,” he said. “For both of my rotations as a graduate student, I focused and worked in the same organization and developed more computational fluid dynamics and aerodynamic analysis skills, and worked on the Commercial Crew and Orion programs.”

Rodriguez completed his Master of Science in Mechanical Engineering in May 2020, and he was hired by NASA as an aerospace engineer that same month. As a result, Rodriguez said he's had a different on-boarding process than others in past years.

“Due to the pandemic, I have been working remotely from the beginning,” he said. “It is a very different environment when compared to working in the office with my coworkers. Working remotely provides several barriers to communication and a different workflow that takes some adjustment. NASA and my organization have been incredibly helpful though, and provided all the guidance and resources necessary for me to be successful while working from home and staying safe during the pandemic.”

I miss the face-to-face interaction with my coworkers and being at the JSC campus, but I have now gotten used to working from home and feel I am as effective as I was at the office during my internships.Walter Rodriguez

He added, “I am still looking forward to returning to working in the office one day, but I am not looking forward to the return of the Houston commute. I miss the face-to-face interaction with my coworkers and being at the JSC campus, but I have now gotten used to working from home and feel I am as effective as I was at the office during my internships.”

Rodriguez's parents, Walter and Margarita, earned medical degrees in Mexico in the 1980s before moving to the Houston area. He has been supported by them, as well as his two sisters, Amanda and Cristina, his nephew Andres, and many cousins and other friends. He graduated from Clements High School in Sugar Land, and actively participated in sports. He even earned a first-degree black belt.

“I had trained in karate since I was 6, and played many sports, including soccer and basketball, all through my childhood,” he said. “The discipline and determination taught in martial arts has definitely been a huge benefit for me in all aspects of my life, both professional and personal. I had a severe knee injury my senior year of high school that required surgery and have not practiced since, but I continue to stay active through intramurals and working out. Although I am no longer training, I do feel the lessons learned from my 12 years of martial arts have continued to assist me.”

Rodriguez identified UH's location and its focus on multiple disciplines as to reasons why it was a successful experience for him.

“Since Houston has so many different industries and sectors, we have experts in every field, from biomedical, aerospace, manufacturing, batteries and microelectronics, and of course oil and gas,” he said. “I was offered a Tier One Scholarship, and this clear investment in improving the school and providing incredible opportunities to students, including research grants and Honors program resources, sold me on attending. I fully believe that I would not be in the position I am today had I not accepted the offer to attend UH.” 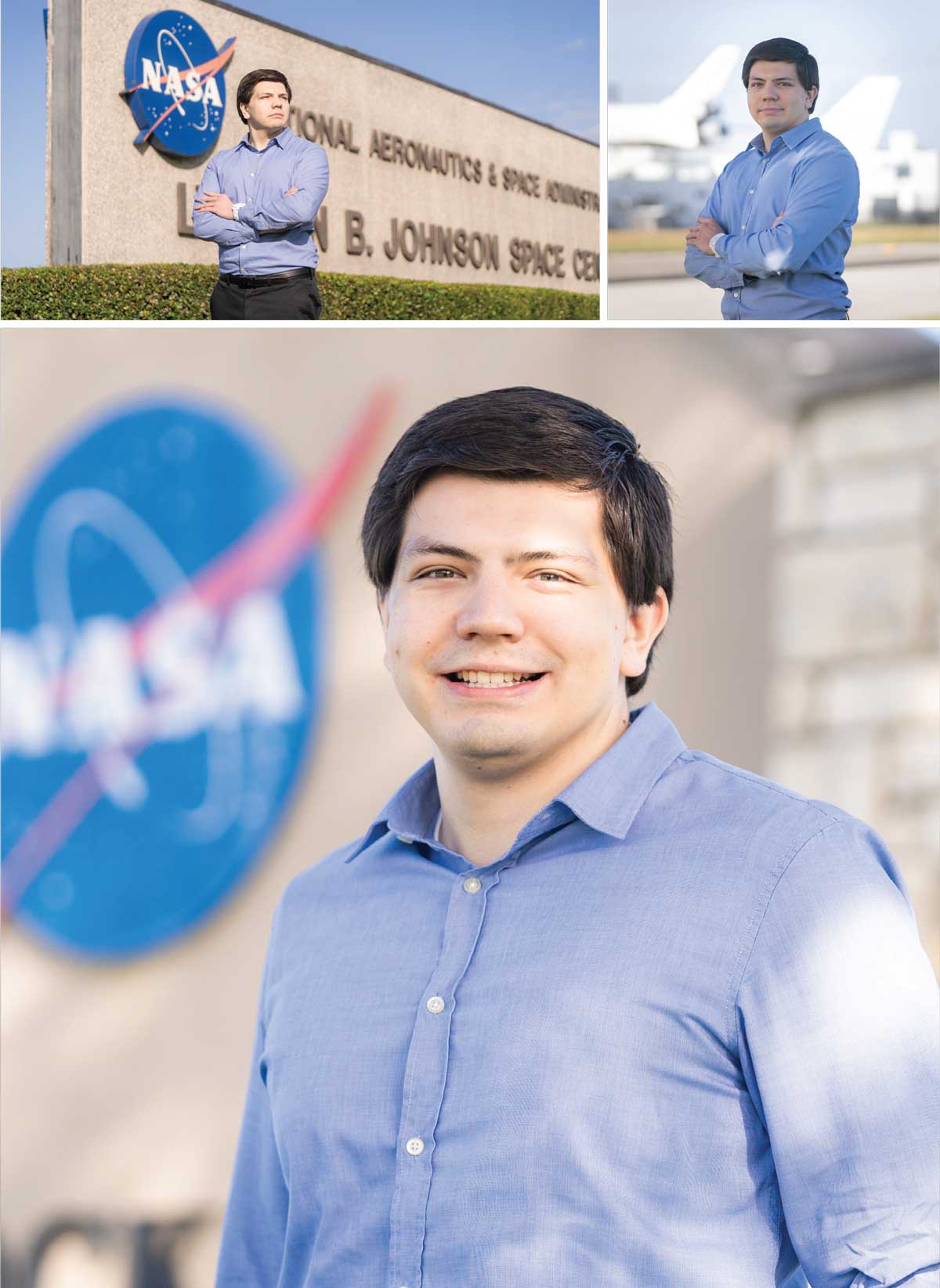 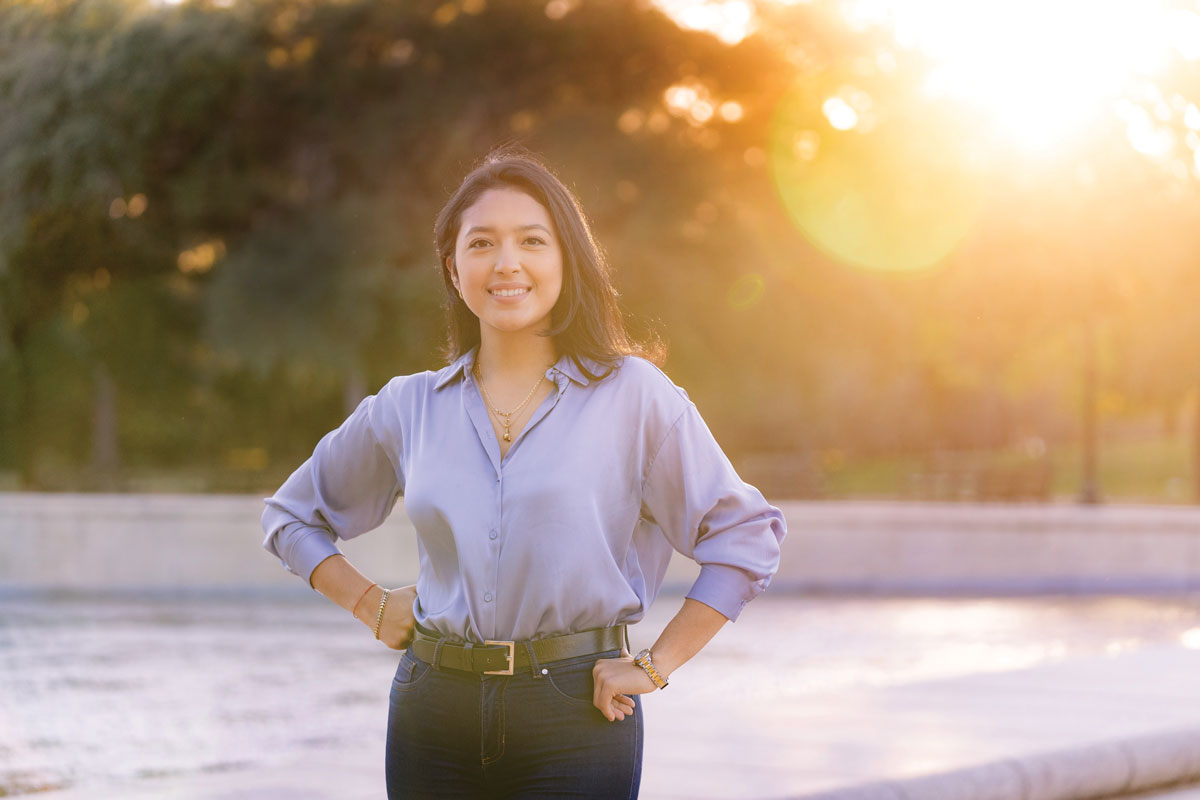 After more than six years of studying, Shania Perez is the first person in her family to graduate from college, earning a B.S. in mathematics in December 2018 and on track to complete a B.S. in mechanical engineering this May.

I made a promise to myself that I would get that engineering degree, no matter what it took. I pursued engineering because of intellectual curiosity and the job opportunities it had.Shania Perez

“I am proud to be the first in my family to graduate from a university,” she said. “My parents came from Colombia and Mexico and to see how far we have come, it makes this journey at UH so much more wholesome and worthwhile.”

Perez graduated from the Baytown Christian Academy in 2014, and for economic reasons, she took courses at both San Jacinto College and the University of Houston. Initially, Perez said that earning a mathematics and a mechanical engineering degree at the same time was the goal, but it was an understandably intense course load. Perez persevered through these initial difficulties though, with support from her parents Israel and Bernice Perez, and pursued the engineering degree once she finished with mathematics.

“I made a promise to myself that I would get that engineering degree, no matter what it took,” she said. “I pursued engineering because of intellectual curiosity and the job opportunities it had. Mechanical engineering has such a broad spectrum for jobs — in aviation, oil and gas, machinery and the list goes on. So, I knew that I would be able to find my place in the world of engineering. My dad works in the oil and gas industry, which sparked a lot of my interest in engineering in high school because I was always asking questions about how and why things worked.” 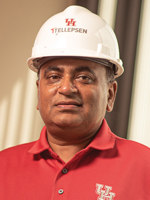 Perez noted that she also got support from professors in the department, mentioning Dr. Jagannatha “JR” Rao as a particularly positive influence. She was also awarded a William A. Brookshire Scholarship and a Hispanic Association of Colleges and Universities Scholarship for her academic work.

“I started working in the Dean's Office at the Cullen College during my last semester in mathematics and I was starting to get to know Dr. Rao, who also has an office there,” she said. “He was of lots of help and encouraged me to keep going. Apart from my parents being so supportive, Dr. Rao was kind of that last push I needed, especially coming from a renowned faculty member like him.” 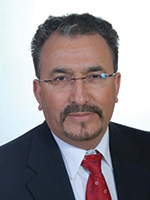 Perez added that Dr. Abdeldjelil “DJ” Belarbi, the Hugh Roy and Lillie Cranz Cullen Distinguished Professor of Civil and Environmental Engineering, was another member of the faculty she looked to for advice.

“He was the first engineering professor I had right after I graduated mathematics,” she said. “He was teaching statics that semester. I was having a difficult transition to engineering and he helped me so much. He made a huge impact in my life. I consider him one of the best professors on campus, and that's big because of how many professors I have had over the last six years. Even though he is in a different department, I still stay in touch with him.”

But like a lot of students, she is now dealing with the realities of an uncertain job market and other fallout from the pandemic. She was supposed to do an internship in the summer of 2020 with a multinational building materials company, but it was canceled.

I think this is just the beginning — like I have momentum and don't want to stop for anything.Shania Perez

“I understood the situation, but it was still upsetting because this was my only chance to show I have some work experience in the engineering field,” she said, adding that she's tried to make the best of the situation. “Since I was going to be at home due to quarantine, I took that opportunity to get ahead with my classes, and to learn a few baking recipes.”

Given the uncertain nature of the industry right now, Perez is open to a variety of fields, especially if it would allow her to continue to broaden her skills.

“Right now, I am currently searching and applying anywhere and everywhere,” she said. “I have had thoughts of continuing my education and pursuing a higher degree, but I want to give back to my parents and start working. Because of my background in math, I am interested in a master's in data science. UH has a program that is a hybrid and might work really well for me if I were to get hired. I have even thought of a graduate degree in engineering, but we'll see what life holds as we continue with this pandemic. I definitely want to take a break before deciding, considering the number of years I've been in school, but I think this is just the beginning — like I have momentum and don't want to stop for anything.” 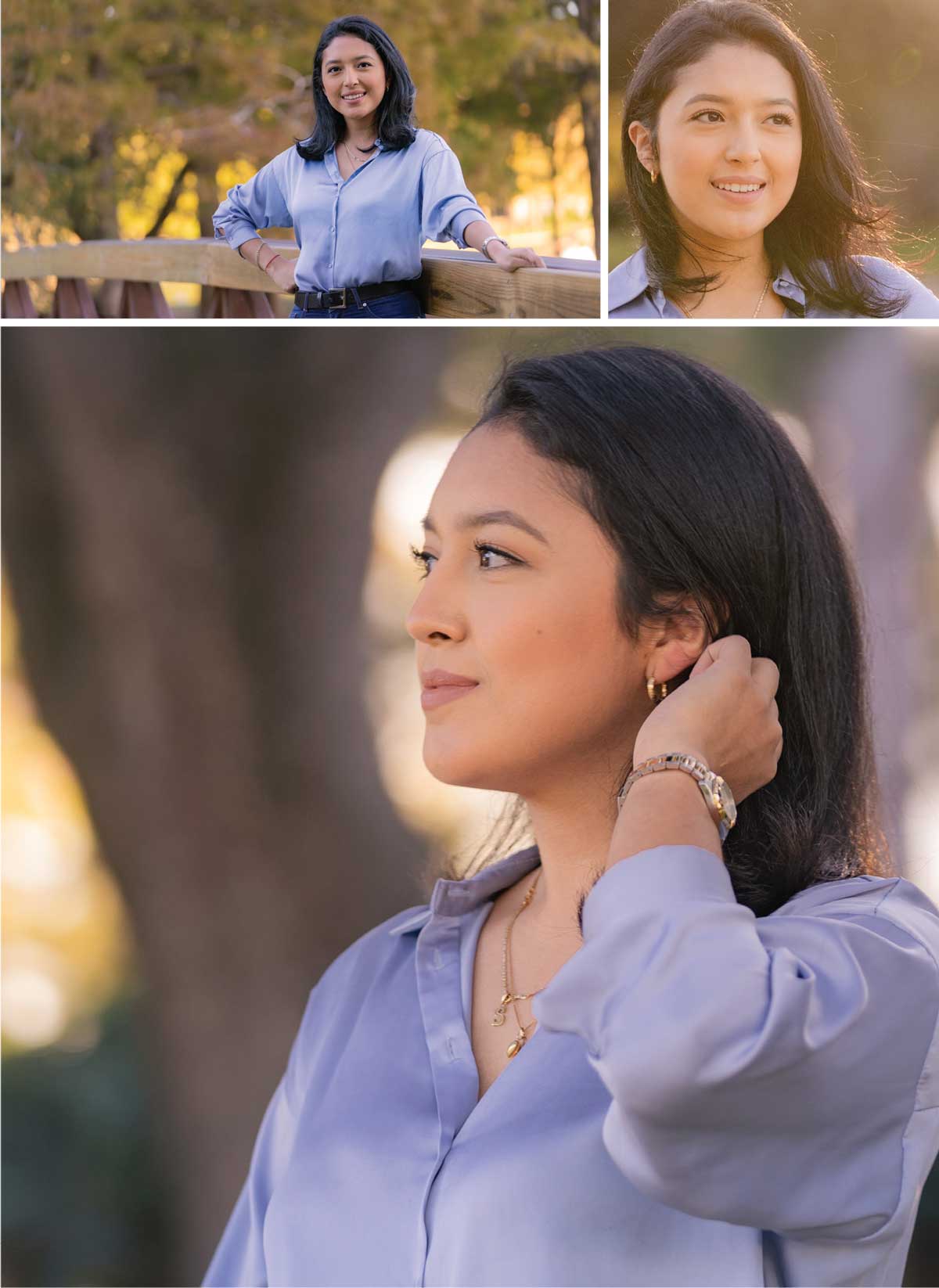