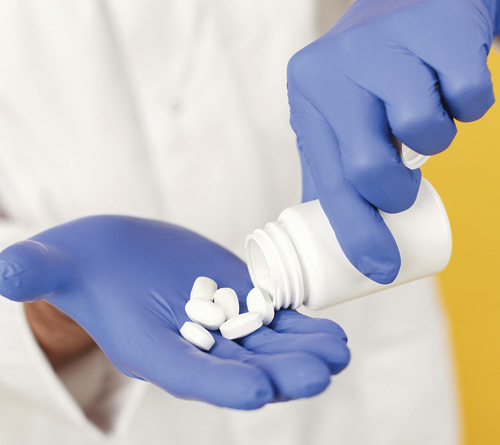 The University of Houston has launched the Drug Discovery Institute (DDI) aimed at integrating new technologies, such as artificial intelligence, to streamline and modernize the drug-discovery process. With an emphasis on multi-disciplinary collaborations to include the Texas Medical Center among others, the DDI is going beyond the life and physical sciences to develop novel drugs for unmet medical needs, thus defining a new paradigm in academic drug discovery.

The institute — UH’s eighth University-wide research center — is a partnership between the UH colleges of Pharmacy, Natural Sciences and Mathematics and Cullen College of Engineering, in equal measure, with faculty affiliations from several other colleges.

“Our new Drug Discovery Institute could not have been launched at a more appropriate juncture. With the frantic quest for effective drugs to counter current and future viral infections, the broad and deep strength of the University of Houston is being brought to bear and will no doubt advance the development of innovative cures,” said Amr Elnashai, vice president for research and technology transfer.

The DDI at work

Nearly 100 faculty University-wide are currently working on drug discovery-related research, but the efforts have been largely fragmented. As an inclusive institute, the DDI welcomes faculty participants from all colleges to work together under one roof, facilitating synergistic research.

“The breadth of this initiative will establish the institute and the University among the national leaders in drug discovery and become one of the first to fully embrace AI into its academic drug discovery programs,” said F. Lamar Pritchard, dean of the UH College of Pharmacy. Pritchard has been advocating for the center for more than a decade.

The ultimate goal of the DDI research program is to bring scientific discoveries and technological advances to the marketplace. UH has expertise across many aspects of the drug discovery process including high-throughput screening technologies, organ-on-chip models, biosensing and biofeedback, molecular modeling and many others.

“Practicing team science is key to making innovative discoveries and we are eager to collaborate with faculty across the University to develop cutting-edge research and ultimately to find treatments and cures for disease,” said Dan Wells, dean of the College of Natural Sciences and Mathematics.

"Innovation in drug discovery and delivery will be greatly enhanced through engineering. Engineers lend extraordinary insight and practicality toward DDI achieving its vision and goals," said Joseph W. Tedesco, Elizabeth D. Rockwell Dean of the Cullen College of Engineering.

Working together is critical, none of us can do this alone. In drug discovery, a chemist needs a biologist, a biologist needs a pharmacologist, and so on. We will build a platform and infrastructure, along with the necessary tools, to bring everyone together.Ruiwen Zhang

Ruiwen Zhang, Robert L. Boblitt Endowed Professor in Drug Discovery at the College of Pharmacy, is the institute’s first director, a position he will hold for two years. The directorship will rotate through the colleges.

“Working together is critical, none of us can do this alone,” he said. “In drug discovery, a chemist needs a biologist, a biologist needs a pharmacologist, and so on. We will build a platform and infrastructure, along with the necessary tools, to bring everyone together.”

Cross discipline is key to modernization

The institute will also engage with experts across the world to share data, satisfying a goal of the National Institutes of Health which mandates that all research they fund be open record and shareable to all for the good of mankind.

Pritchard said that kind of sharing can lead to amazing results.

“I foresee one day in the near future that we are able to create some of the strongest databases and artificial intelligence approaches to drug discovery. Rather than having to screen millions of compounds to find one therapy, we may be able to narrow that down to 1,000 and really streamline the process.”

To encourage both new collaborations and research initiatives, the DDI will provide seed grants for interdependent drug-discovery projects. New educational programs will provide students with a broad skillset for drug discovery, exposing them to engineering and physical sciences, pharmacy and biological sciences, computational and social sciences, law, business, optometry, education and more.

“The alliances already built across the University of Houston, with our city partners, and with national and global partners, creates a formidable force to address public health drug requirements and positively impact the lives of our citizens,” said Elnashai.