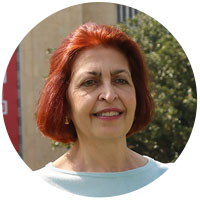 Researchers from the University of Houston, backed by $4 million in funding from the Texas Commission on Environmental Quality, have joined a pilot project testing the use of supercritical CO2, or pressurized carbon dioxide, to produce low-cost, low-emission electric power.

The project, funded by the U.S. Department of Energy and located at the Southwest Research Institute in San Antonio, will demonstrate a new technology, known as Supercritical Transformational Electric Power, which can operate so efficiently that a desk-sized turbine is able to power about 10,000 homes.

Rifai said some of the TCEQ funding will be used for specific components of the technology at the pilot facility in San Antonio, as well as to support data collection to gauge the technology’s efficiency.

The technology’s small footprint has important implications for the resiliency of the grid, Rifai said, especially in parts of the state — like Houston — where hurricanes and other major storms can cause serious disruptions.

Developing technologies that can improve resiliency for the electric grid and other infrastructure is a major focus for the Hurricane Resilience Research Institute (HuRRI), a multi-institution research center based at UH and led by Rifai.

The technology also has the potential to improve air quality by capturing and converting waste heat or other forms of carbon to electricity.

Rifai said UH students working on their master’s degree or Ph.D. in environmental engineering will work with the technology. 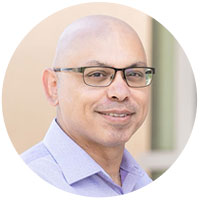 He said a variety of disciplines will be brought to bear on key aspects of the technology. “The idea of using computational materials science, big data and machine learning in deploying the technology broadly, including the conversion of waste heat into energy, is very exciting,” he said.

Because the turbine used in the technology is so small and has the ability to power up to 10,000 homes, Rifai said it has great potential to improve the resiliency of the grid in storm-prone regions. “It could make the grid not just resilient but capable of operating independently,” she said. “Resiliency is so important for the Houston area.”

She predicted that power companies will be interested in the technology if researchers can demonstrate that it operates efficiently and cleanly. That makes training graduate students to understand the technology even more important, as the companies will need workers who can scale up the projects.