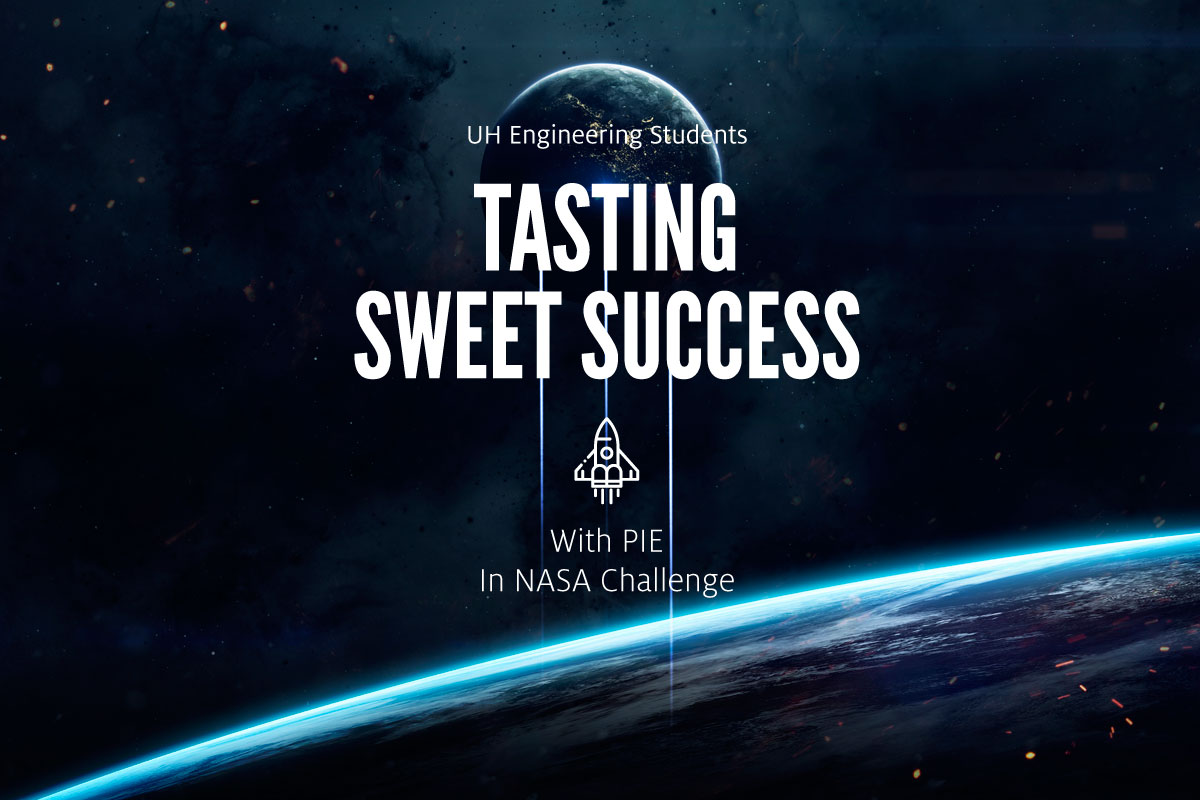 A team of UH Cullen College Engineering students are basking in the sweet smell of success in NASA’s 2019 Special Edition: Moon to Mars Ice & Prospecting Challenge, a college competition to design and build a machine to extract water from Mars’ hidden underground ice.

The UH team, called The Phoenix, and its Planetary Ice Extractor (PIE) robot was one of ten finalists to advance in the challenge. 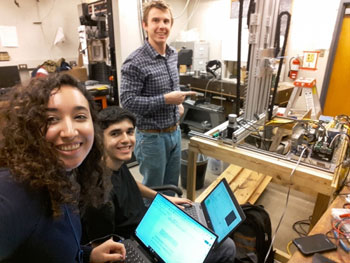 “The Phoenix Team provides a commendable example of the type of exciting, inventive projects that young mechanical engineers can develop if they keep an open mind and dedicate themselves seriously to it,” said Ralph Metcalfe, professor of mechanical and biomedical engineering and faculty advisor on the project. “The merit of this team’s work has been confirmed by a NASA panel of judges from around the U.S.”

Each year NASA and the National Institute of Aerospace sponsor RASC-AL – short for Revolutionary Aerospace Systems Concepts-Academic Linkage. This is the second year for the RASC-AL Special Edition: Moon to Mars challenge. The aim of the challenge is to spur technology innovations to facilitate human missions on the surface of the moon or Mars.

The importance of the mission

Water is a necessity for human survival – this is as true in deep space as it is on Earth.

“Follow the water” is a guiding principle of space exploration and an essential part of NASA’s plan to send people back to the Moon by 2024 and then onto Mars.

“This project is working on a device that could play a critical role in the next major step in space exploration, focusing on Mars and the moon,” said Metcalfe, adding the presence of ice and/or water on both of these celestial bodies has been confirmed.

As a result, water is expected to play a key role in the development of any lunar or Martian bases. It will be needed not only for direct use by the astronauts for drinking and washing, and growing fruits and vegetables, but also as a source of rocket fuel for interplanetary travel.

“Water can be used to create liquid oxygen and liquid hydrogen, which are the most efficient rocket propellants known today,” Metcalfe said. “Thus, on trips to Mars or the moon, it wouldn’t be necessary to bring along rocket fuel for the return trip, as the Apollo lunar astronauts in the 1970’s had to do at very great expense.”

In addition to the $10,000 stipend from NASA, the team garnered several corporate sponsorships. Control Flow Inc., Cosine Additive and ANKO Products Inc. made extensive in-kind donations of materials and parts for the project.

The Phoenix team used the months leading up to the final competition to build, test and fine tune the PIE. Final scoring was based heavily on the robot’s ability to drill through layers of simulated subsurface to extract and collect water found in the ice.

The Phoenix team consisted of four Cullen College mechanical engineering students – Andrew Advani, Jacob Frady, Joseph Pauwels and Sharlyn Tijerina. PIE also happens to be the team’s senior capstone design project. All were seniors when they first started this challenge, and three of them graduated this spring. Tijerina will graduate in the fall.

Each member brought their individual skills and expertise to the project, including robotics, rocketry and machinist experience. The project, described by one member as “a mountain of work,” involved a lot of detailed work, thinking out of the box, trial and error and time.

The team chose the PIE project because the members wanted “to stretch our knowledge and abilities to do something great and perhaps put ourselves, and the University, on the map,” Pauwels said.

The prototype shows that extremely complex tasks can be accomplished by using a very simple design, autonomous software and improving fault tolerance, according to Frady, founder of Space City Rocketry, a competitive collegiate rocket engineering team at UH.

“We hope to offer some insight into a robust, autonomous mining robot,” he said, adding the hope that NASA engineers would consider the team’s PIE prototype a platform to design a full-scale Mars mining robot.

The group’s success in the initial round was a surprise and an emotional moment.

"After we heard that we got selected…I shed some tears because I couldn't believe it. Granted, I think our success is because we have a strong team but, just knowing that I also helped make that happen gave me a huge confidence boost that I needed,” Tijerina said. “I think a big takeaway is to remember we are all budding engineers and it's OK to feel like you're not the best engineer ever, but what matters is trying your best and you'll get to where you want to be eventually.”

One person not surprised by the team’s success is Christina Chang, instructor for the mechanical engineering capstone design class. She pinpoints their success to the students’ willingness to seek outside help and expert advice as well as their own experience in industry and academic research.

“The team came with a strong sense of what would be needed to implement and execute their project in terms of resources, skills, and knowledge,” she said. “How to actually realize their design was an integral part of their design and planning phase.”

Chang was so impressed with the team’s work that she had The Phoenix present a technical poster about the project earlier this year to the Engineering Leadership Board, an advisory body for the Cullen College comprising leaders from industry, education and other sectors.

“What excites me most about their project is how well they've been able to demonstrate the potential of our UH engineering students to excel and compete with other top engineering programs in the nation,” Chang said. “They are a team of only four students (with families and jobs), the other national finalists are much larger teams and some are repeat competitors. My hope is that they will be able to inspire more UH students to take the step to compete on the national level.”

All four members of The Phoenix are over the moon with excitement.

“I hope our team can prove that you don't have to go to MIT to be successful,” Tijerina said. “I'm excited to represent the University of Houston on a national level and also excited to meet the other engineers competing and see how they tackled the same problem.”