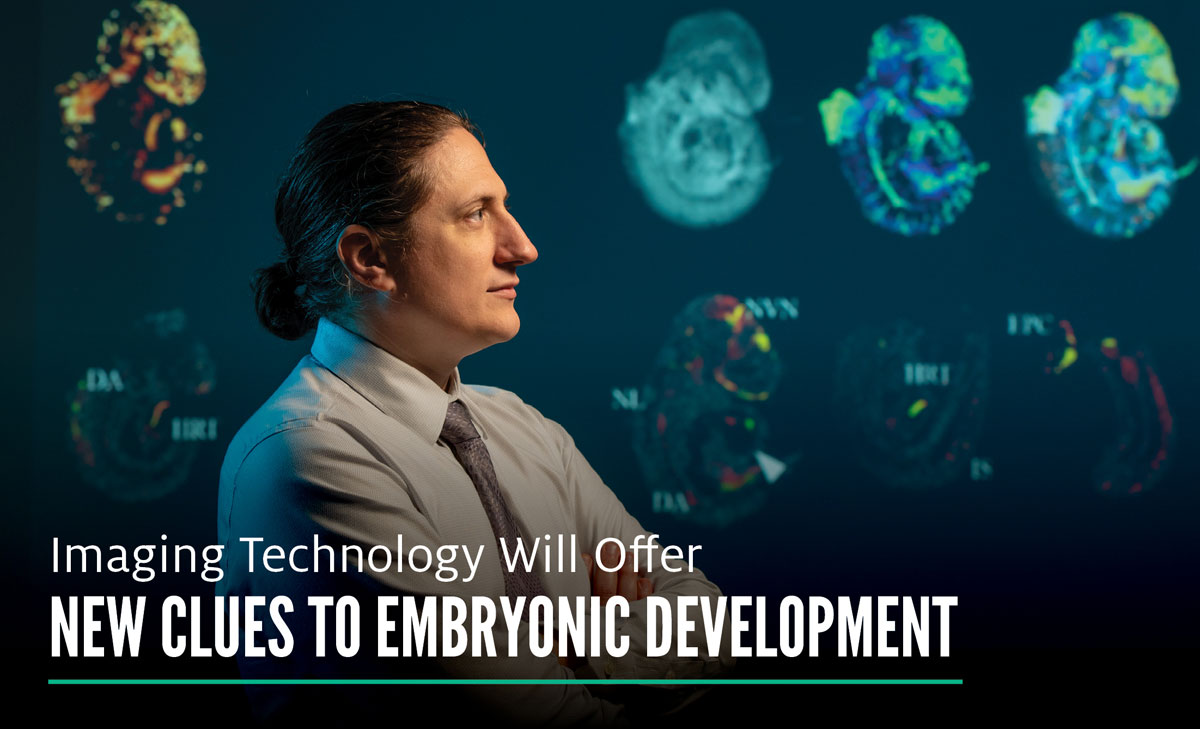 Soon after conception, an embryo’s circulatory system connects to that of its mother. Complications that occur at this critical time can result in miscarriage or birth defects with long-term chronic conditions. Unfortunately, limitations in imaging technologies prevent researchers from fully understanding the cellular-level events leading up to this crucial point.

Researchers from the University of Houston's Cullen College of Engineering and Baylor College of Medicine are developing a new technology to allow simultaneous imaging of both embryonic structural development and the molecular underpinnings that occur in the developing circulatory system.

“When you look at an embryo, things happen at two scales, structural and molecular,” Mayerich said. It just hasn’t been possible to see both changes at the same time because the imaging systems used to capture them aren’t compatible.

Even a short time lag between images taken with OCT and microscopy can make it impossible to synchronize the structural and chemical changes, said Mayerich, whose work involves the application of data science to microscopy, allowing for high resolution imaging at massive scales. This new system will merge both imaging methods and align them in 3D, he said, using specially designed software to synchronize the data collection.

Larin, an expert in using OCT to study developmental biology, said the technical challenges include the fact that the two imaging systems typically use different wavelengths of light. Using one microscopic lens for both OCT and microscopy will require overlapping optical paths.

Mayerich and his lab will also determine how to interpret the resulting aligned images, identifying and measuring components including blood vessels, blood flow and individual cells as they change over time.

“It’s technically very difficult,” Larin said. “But it will help us to grasp a fundamental understanding of the process,” potentially leading to treatments that could help avoid miscarriage, fetal death and birth defects.