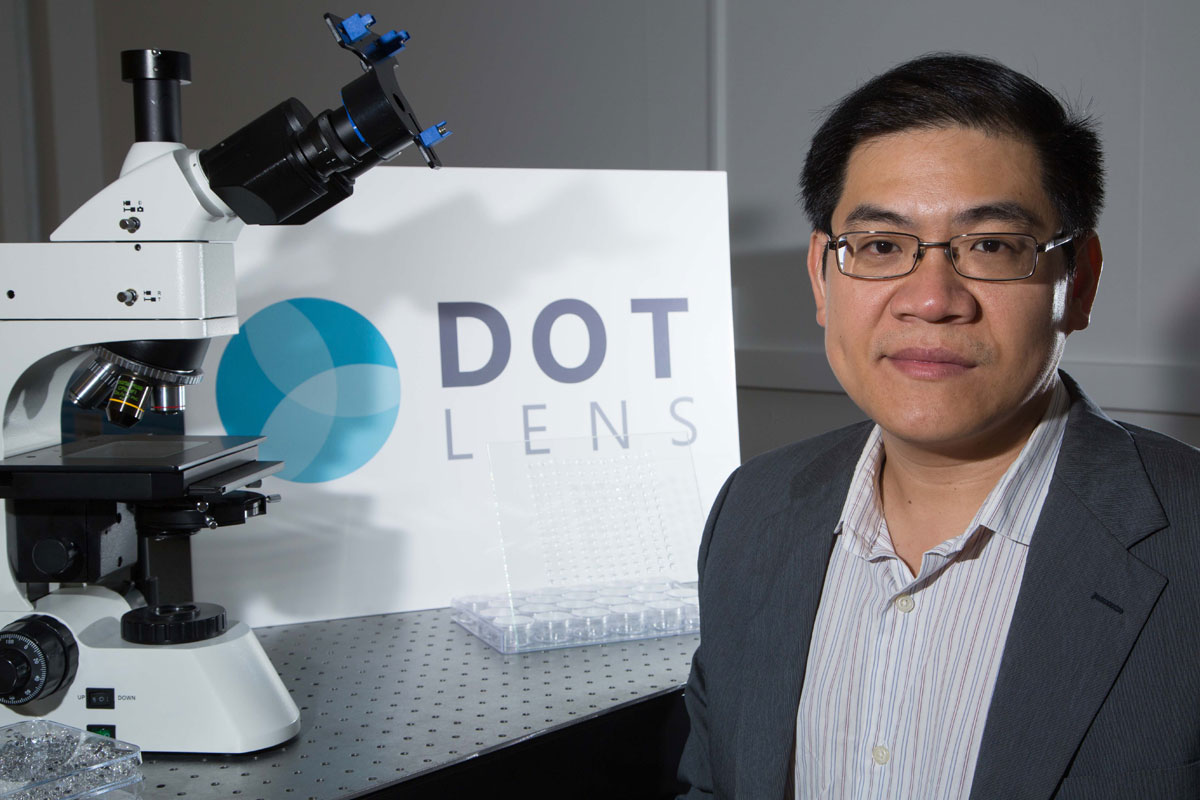 Wei-Chuan Shih, associate professor of electrical and computer engineering, has been named a senior member of the National Academy of Inventors in recognition of his contributions to scientific and technological innovation. Shih was named to the inaugural class of NAI senior members, a new category created to recognize active faculty members, scientists and administrators who have had success in patents, licensing and commercialization. Mark Clarke, associate provost for faculty development and faculty affairs, was also named a senior member.

Senior members also are recognized for fostering a spirit of innovation within their institutions, while educating and mentoring the next generation of inventors.

Amr Elnashai, vice president of research and technology at UH, said the new category captures the range of innovation activities at the University.

“Dr. Clarke and Dr. Shih both have impressive records of producing impactful intellectual property and spurring innovation that is pertinent to the Houston region,” Elnashai said. “Their further efforts, including helping UH faculty commercialize technologies as well as working with graduate and undergraduate students to boost their entrepreneurial efforts, are a critical contribution to building the region’s innovation ecosystem.”

The inaugural class of senior members represents 37 research universities and government and nonprofit research institutes. The members are named inventors on more than 1,100 issued U.S. patents and will be recognized at the eighth annual NAI meeting, set for April 10-11 in Houston.

The academy also elects a class of fellows every year, awarded to academic inventors whose work has “made a tangible impact on quality of life, economic development and the welfare of society.” UH currently has 12 NAI fellows.

Shih, whose NanoBioPhotonics Group focuses on developing new sensing and imaging techniques, has been granted 11 U.S. patents. The group has developed a number of technologies and devices with applications in fields including biomedicine and environmental testing. He has a broad IP portfolio, including a non-invasive glucose sensor developed at MIT, an offshore oil spill sensor developed at Schlumberger and plasmonic nanophotonic sensors and materials developed at UH.

He and a group of students gained attention in 2015 with the creation of an optical lens that could be used to convert an inexpensive smartphone to a microscope for less than a nickel a lens. They started a company, DotLens, to produce and distribute the lenses, and their paper detailing the manufacturing process became the most downloaded paper of the year in the Journal of Biomedical Optics.

The researchers subsequently used funding from a NSF citizen science initiative to develop the technology into a test kit that consumers could use to test water for lead and other pathogens.