I offer my photo of a 4-4-0 locomotive: The four small idler wheels in front, steer it around bends. The engine drives the four large wheels. And it has no idler wheels behind. Designer Henry Campbell of Philadelphia put it into production in 1839, and it dominated 19th century rail service all the way into the 20th century. People called it the American type of locomotive.

Now here’s the zinger: Houston’s Great City Seal proudly displays this engine. That seems to make sense. We’re America's second largest port; and rail carries most of the freight. The catch is, we adopted that seal just one year after Philadelphia built the first 4-4-0. Rail was scarcely ten years old in America. Rail had yet to reach Texas. And Houston was certainly no seaport.

Houston was then just four years old. The Allen brothers, John and Augustus, came to the new Republic of Texas in 1836. They bought up ten square miles of land adjacent to Harrisburg, Texas. Then they set out to form a major city on Buffalo Bayou. We took Sam Houston’s name the next year.  For a while, we even served as temporary capital of the Republic.

The Allens proclaimed that Houston would be the region's "great commercial emporium." And Augustus Allen hired the riverboat Laura to make the trip up the Bayou from Galveston, in 1837. Buffalo Bayou would now become the watercourse for Galveston's goods. But where to go from here? Rail had to be the answer and rail was hardly invented

Yet there sits Houston's seal with its remarkably modern locomotive! We finally did get a locomotive, twelve years after the seal. The embryonic Buffalo Bayou, Brazos, and Colorado Railway bought a far-more-primitive, second-hand 4-2-0 engine, in 1852. They added a 4-4-0 two years later, and we finally had the locomotive that dreamers put on the city’s seal 14 years before.

The Allen brothers' idea was in motion at last, though neither lived to see Buffalo Bayou dredged to form a ship channel all the way into Houston.  Neither saw six thousand miles of track laid in Texas during the 1880s. Or did they? Those two young brothers, after all, really did see did see a great city – where only flat, hot, inhospitable expanse stretched off to infinity in every direction. 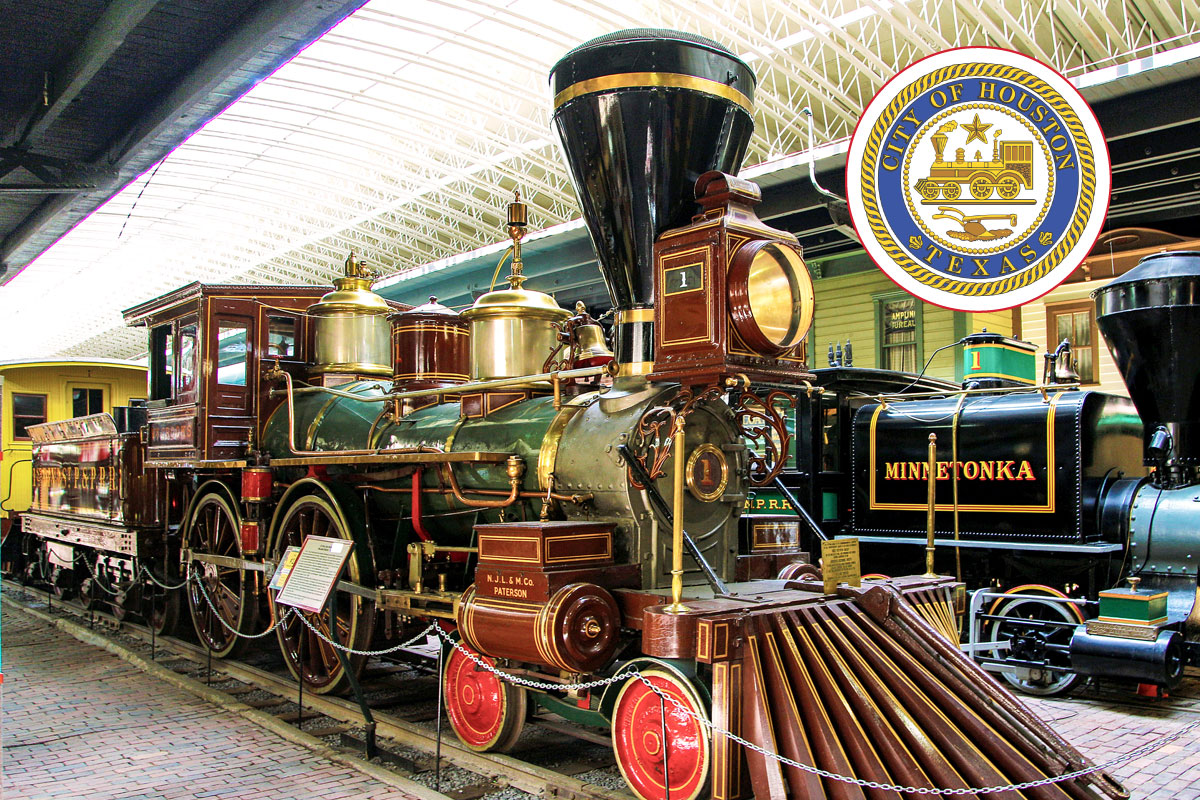