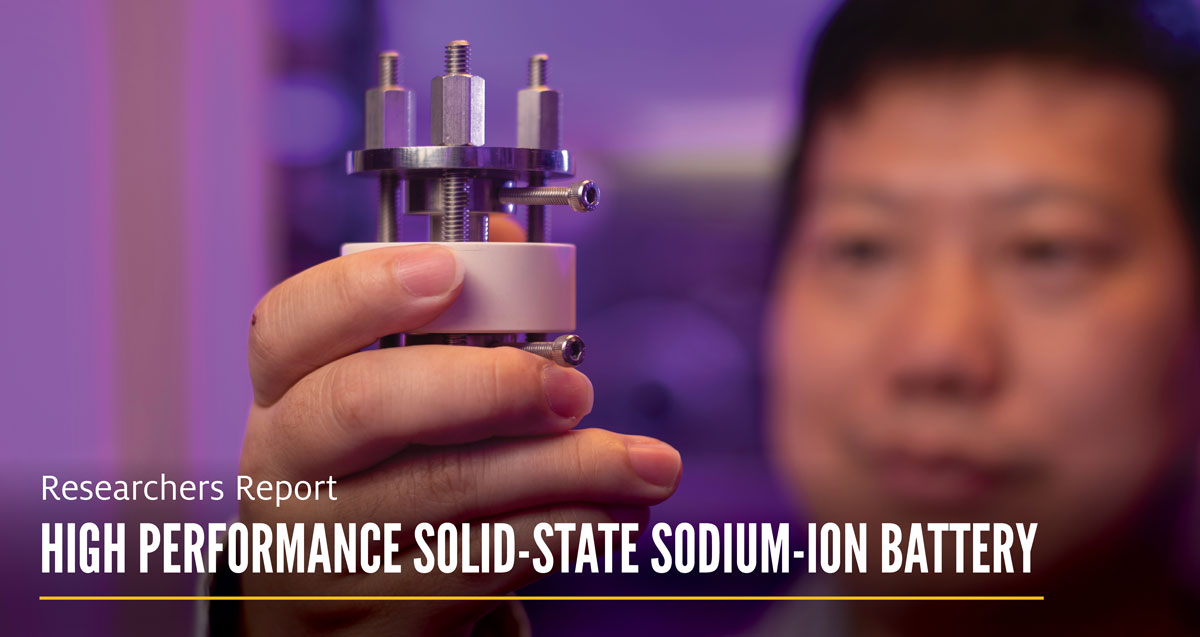 Solid-state sodium-ion batteries are far safer than conventional lithium-ion batteries, which pose a risk of fire and explosions, but their performance has been too weak to offset the safety advantages. Researchers recently reported developing an organic cathode that dramatically improves both stability and energy density.

The improved performance, reported in the journal Joule, as well as Science magazine, is related to two key findings:

Yan Yao, associate professor of electrical and computer engineering at the UH Cullen College of Engineering and corresponding author of the paper, said the organic cathode – known as PTO, for pyrene-4,5,9,10-tetraone – offers unique advantages over previous inorganic cathodes. But he said the underlying principles are equally significant.

“We found for the first time that the resistive interface that forms between the cathode and the electrolyte can be reversed,” Yao said. “That can contribute to stability and longer cycle life.”

Yao also is a principal investigator at the Texas Center for Superconductivity at UH. His research group focuses on green and sustainable organic materials for energy generation and storage.

Yanliang “Leonard” Liang, a research assistant professor in the UH Department of Electrical and Computer Engineering, said that reversibility of the interface is the key, allowing the solid-state battery to reach a higher energy density without sacrificing cycle life. Normally, a solid-state battery’s ability to store energy is halted when the resistive cathode-electrolyte interface forms; reversing that resistance allows energy density to remain high during cycling, he said.

Lithium-ion batteries with their liquid electrolytes are able to store relatively high amounts of energy and are commonly used to power the tools of modern life, from cell phones to hearing aids. But the risk of fire and explosion has heightened interest in other types of batteries, and a solid-state sodium-ion battery offers the promise of increased safety at a lower cost.

One issue raised by a solid electrolyte: the electrolyte struggles to maintain intimate contact with a traditional rigid cathode as the latter expands and contracts during battery cycling. Fang Hao, a Ph.D. student working in Yao’s group, said the organic cathode is more pliable and thus able to remain in contact with the interface, improving cycling life. The researchers said the contact remained steady through at least 200 cycles.

“If you have reliable contact between the electrode and electrolyte, you will have a great chance of creating a high-performance solid-state battery,” Hao said.

In addition to Yao, authors include co-first authors Hao and Chi, Liang, Ye Zhang and Hui Dong, all of UH; Rong Xu and Kejie Zhao of Purdue University; and Hua Guo, Tanguy Terlier and Jun Lou of Rice University. The majority of this work was funded by the U.S. Department of Energy’s Advanced Research Projects Agency-Energy (ARPA-E).