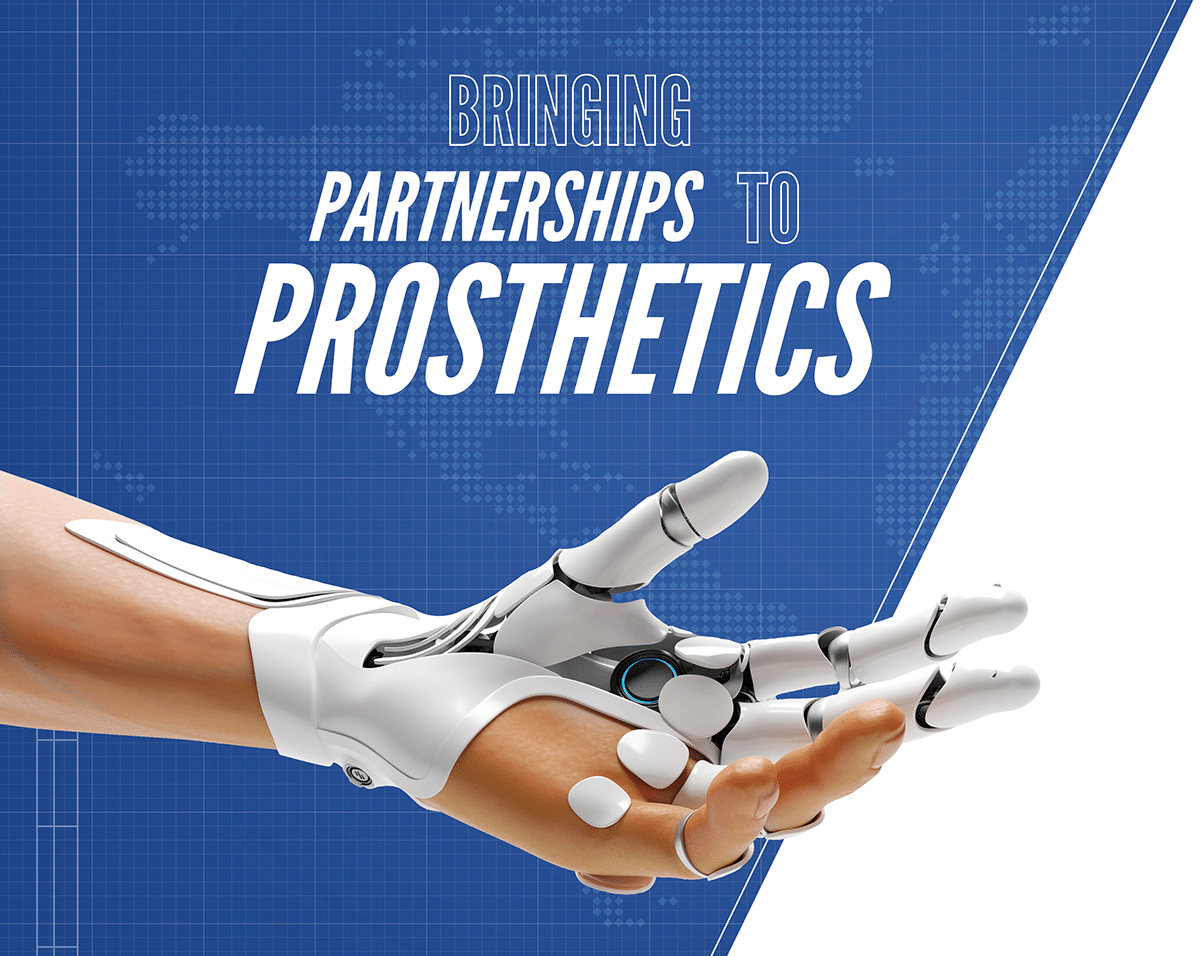 MADE OF STEELE: Improving real-world prosthetics by bridging disciplines

From when Alexander Steele joined up with the Marines in 2003, and the time he was discharged in 2007, the cell phone technology being used was relatively the same — the flip phone. The iPhone debuted in June of that year though, and soon, a display-based phone became the dominant standard, and led to other innovations and improvements of the device.

Steele was discharged because of a traumatic brain injury, and he hadn't been planning on leaving the military. The transition back to civilian life was hard, and part of what led him to pursue his degree was attempting to help his fellow servicemen who had suffered injuries.

“I had a friend who needed a prosthetic, and when I went into the service flip phones were the gold standard. Getting out and seeing how far technology progressed with smartphones, I figured prosthetic technology had to follow the same trajectory, but it didn't,” he said. “A hook was still the standard, and even though the technology has improved during the past 15 years, people who use prosthetics still complain that they don't do what they really want them to do.”

Steele knew that his unique life experience and perspective could help when it came to innovating the technology.

“It's a common issue with engineers who aren't disabled, they create things THEY think will help,” he said. “The problem is they don't think to check with the person who will be using it. Ask a disabled person what they think of the fancy wheelchairs that can climb stairs. It's a cool engineering feat, but it's useless for the user. It's something I learned firsthand when I was using a wheelchair. So, when I teach or mentor students, I always tell them to design for the user. You can have a brilliant, award-winning idea, but if the user doesn't like it, then it's just a toy.”

Returning to the Portland, Oregon area after his discharge, Steele earned his B.S. and M.S. in mechanical engineering from Portland State University in 2017 and 2018, respectively. However, he only became a doctoral student of Jose “Pepe” Luis Contreras-Vidal, Ph.D., Hugh Roy and Lillie Cranz Cullen Distinguished Professor and the director of the NSF IUCRC BRAIN Center at the Cullen College of Engineering, after networking with another professor.

“The story of how I found Pepe was unique,” he said. “Looking into Ph.D. programs, I originally was trying to get into USC and reached out to a professor, Dr. Gerald Loeb, who ran a lab I really wanted to work in. I flew down to meet with him for the day and told him my story, what I wanted to do, and what led me to find him, which is a whole story on its own involving someone I reached out to from DARPA's advancing prosthetics project. Unfortunately, he couldn't help me, but he asked for my C.V. and said he would reach out to a few people on my behalf.”

“Later that day I flew back to Oregon and when I landed, I had several emails with offers from jobs in prosthetics companies and professors who were interested in having me work with them. Thankfully, Pepe was one of them and after meeting with him, his students, and seeing the lab, I decided to come to UH.”

In August 2018, Steele joined Contreras-Vidal's lab as a National Science Foundation Veteran Research Fellow. The following year, he was chosen as a University of Houston and Houston Methodist Research Institute Graduate Fellow In Translational Research. As a result, he also works in the Neuromodulation and Recovery lab led by Dr. Dimitry Sayenko, which is how he met Dr. Amir Faraji, a neurosurgeon.

Steele served as the connective tissue for the two to then submit a research proposal to the TIRR Foundation for Mission Connect. “Decoding the language of the spinal sensorimotor networks using non-invasive electrospinography” received a $150,000 grant from the program in October 2021.

Ideally, the partnership will allow each professional to offer their expertise to the other, in order to improve patient outcomes and research potential. For example, sensors employed by Contreras-Vidal could give insight into how the brain is responding — or not — following a severe spinal cord injury. On the other side of the equation, Faraji is a surgeon that can provide direct feedback from patients about what rehab devices are practical and needed, and how patients are responding to them.

Steele added, “It helps to have that feedback, because a lot of times, we don't see necessarily what helps a person. We see what we think will help the person.”

From his perspective, Faraji saw it as taking the vital step of forming a collaborative team, with clinical and research perspectives.

“There's decades and centuries of good ideas that never get to patients because they haven't been worked on with a team,” he said. “By having a team up front early on, some of those good ideas can be molded in a way that's practical for patients.”

Steele joked that he was the “spinal cord” of the pairing, in a way.

“A lot of being a Ph.D. student is trying to find the gap in research and finding ways to connect odd things,” he said. “This was just an obvious thing that I saw and it was like, pulling that together and it works. And here we are, so very lucky.”

Contreras-Vidal added, “This will allow us to create some synergies, and also, bringing these two groups together can allow us to do even more challenging projects.”

Faraji said the end goal is to improve patient care.

“I only know how to do my job as a physician by being a human being first,” he said. “I treat my patients as a human, I talk to them, and you have to personalize their care. You have to tailor it to what their individual needs are. But for me, the whole goal of my practice is to apply new technologies and techniques to help advance their care. This collaboration with this lab and this institution is an example of building something new. There's a track record that's established from the pictures on the wall of patients that have benefited from this research, and that's what we need for our patients. That's how we're going to move this forward.”

Although Faraji and Contreas-Vidal were complimentary of his role, Steele is humble when it comes to describing his own efforts in facilitating this development and research.

“Ironically, my journey from military to undergrad to Ph.D. is basically the same story on repeat,” he said. “I've been very lucky finding people who on paper seem very busy and have no real reason to help me, but they all still managed to find time for me.”