Superconductivity, where electrical resistance vanishes, remains a technology that both powers science and mystifies scientists. It charges MRI scanners, enables new drug discovery through advanced spectroscopy machines, and is used to create the kind of powerful magnets that help smash atoms as scientists work to uncover how the universe is made and how it works.

In all of these and more disparate uses, the next-generation machines could have one common connection: the kind of unique wire, or superconducting material, necessary to enable the development of ultra-high field magnets that need hardly any power for sustained operation. It’s a wire that nobody else makes other than Venkat Selvamanickam, M.D. Anderson Chair Professor of Mechanical Engineering at the University of Houston Cullen College of Engineering and director of the Advanced Manufacturing Institute.

His high-temperature superconducting wires can carry 300 to 600 times the current carrying capacity of copper wires of the same size.

His company AMPeers, short for Advanced Materials Pioneers, in partnership with UH, has received three grants totaling $1.6 million (two from the Department of Energy and one from the U.S. Navy) to accelerate utilization of the technology. These grants are from the Small Business Innovation Research (SBIR) and Small Business Technology Transfer (STTR) programs, which encourage domestic small businesses to engage in federal research with the potential for commercialization.

"AMPeers is scaling up UH-developed superconductor technologies to manufacturing and commercialization and these awards will help reach our goals faster,” said Selvamanickam.

The enabling technology of STAR wires is a unique superconductor symmetric tape technology developed by AMPeers and UH. The tape is called RE-Ba-Cu-O (REBCO, RE= rare earth) superconductor film. Symmetric REBCO tapes can be bent to 0.8 mm in diameter while retaining greater than 95 percent of their current-carrying capacity, whereas standard REBCO tapes degrade even below 6 mm bend diameter. This superior bendability enables powerful, yet compact magnets.

“In our phase-one work, we reduced the cost of the wire. Now, in phase two, with $1.15 million from the DOE, we will work to scale up our manufacturing of the low-cost wire and also make the wires longer. The second grant, $200,000 also from the DOE, will be used to develop multi-strand cables with these wires,” said Selvamanickam.

For the Navy, which uses the REBCO wires to enable high power density that addresses the needs of their advanced power systems, Selvamanickam and company will work out the kinks, or hot spots that can occur when such high current densities are sustained. Elimination of such hot spots is important to avoid catastrophic failure of the superconducting device.

“While long tapes with uniform current-carrying capability are highly desirable to avoid such hot spots, methods to manage local defects in REBCO tapes have to be developed since that is a lot more practical,” he said.

The three grants from the DOE’s High Energy Physics office and the Navy brings to six the number AMPeers has received from them in the past five years since the startup began to scale up UH-developed technologies to manufacturing and commercialization. 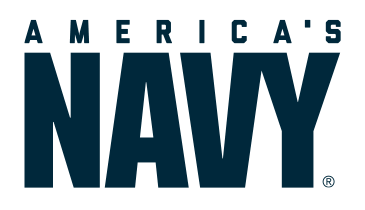