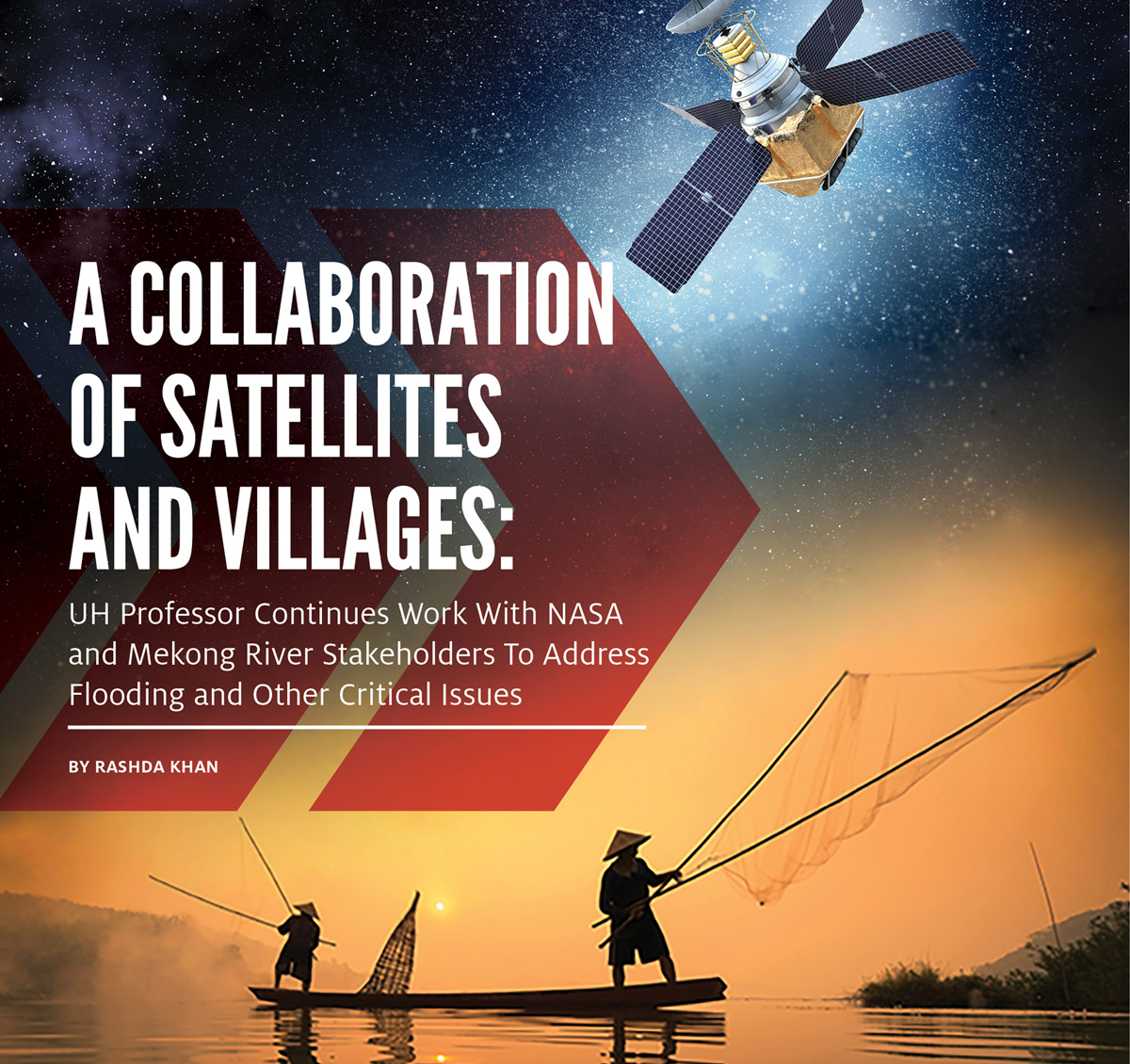 Hyongki Lee, associate professor of civil and environmental engineering at the UH Cullen College of Engineering, has a lot of experience using data collected by Earth-observing technologies (such as satellites) for solving water management issues on Earth.

With his latest grant, Lee is diving deeper into addressing critical concerns such as land subsidence, flood forecasting and groundwater management in the Mekong region of Southeast Asia.

Principal investigator Lee and his co-investigator Faisal Hossain of the University of Washington recently won their second NASA SERVIR program grant. The three-year project, titled “Operational Services for Water, Disaster and Hydropower Applications for Lower Mekong Populations using NASA Earth Observations and Models,” received $661,443 in funding. It is one of 20 projects selected this round.

The project will use satellite data and feedback from local stakeholders in the Lower Mekong River basin to develop customized software tools to provide missing pieces of information on the real-time availability of water for the entire area. 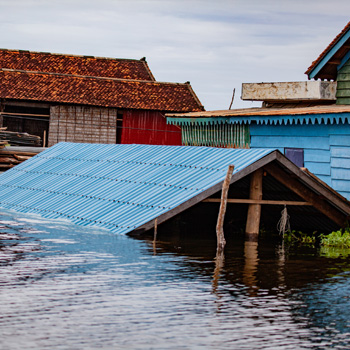 The Mekong, one of the longest rivers in the world, stretches from China in the north to Cambodia in the south, crossing through Myanmar, Vietnam, Laos and Thailand along the way. The people of all these countries are affected by the river – relying on it for food and water as well as facing dangers from flooding and shortages.

The low-lying deltas of the Mekong are especially vulnerable to water availability due to increasing population, extensive irrigation and unchecked industrial development farther upstream. For many years locals relied on groundwater as the go-to water source, leading to land subsidence and increased risk of flood. Couple that with climate change and an inability to quantify changes in water storage levels across the region, and countries not sharing information with each other. The end result is troubled and unequally distributed waters.

Meanwhile, there are various satellites orbiting Earth and collecting vast amounts of data that is available to the public for free and could be used for the greater good. However, NASA distributes its data in raw binary form with different data fields, basically in formats aren't very easy to understand by lay people. That’s where Lee and his team are useful.

In 2016 Lee was selected by the NASA SERVIR program to lead a project managing water resources in Indochina by gathering data from satellite observations of the region and building a user-friendly software tool that allowed government officials to view information on water levels in real time. The three-year project, called “Building Lasting Capacity for Water Management in Vulnerable Deltas of Indochina,” just wrapped up.

That project involved analyzing and processing raw data then developing real-world tools of interpretation that stakeholder agencies in Indochina could learn to use in their decision making on water policies.

The 2019 project built on the foundations of the previous one. Instead of just bringing space data to South Asian villages, the investigators collected feedback from the stakeholders to create customized products for the end-users.

“My approach is to actually listen to their needs and candid feedback first, instead of just giving them the U.S. data and technology,” Lee said. “Sometimes I may be excited about some particular research dataset, but it may not be something really applicable to local needs.”

The plan is to present existing datasets and techniques to the local stakeholders and gather feedback. “We’ll bring that back to the office and build the product they need,” Lee said, adding that the responses could also be shared with the science team of each satellite mission. “So we will have products or tools that are better understood and utilized by the locals.” 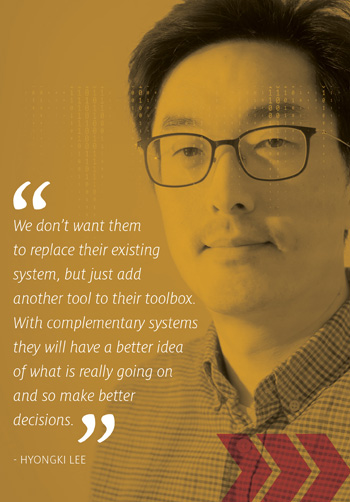 The local people are not familiar with satellite observations and so are doubtful about the trustworthiness of the information. The researchers want users to have confidence in the new data so they plan to do extensive training comparing the satellite data with information collected by more traditional means (such as available ground and gauge measurements or hydraulic models). The idea is to validate the satellite data using more familiar information.

THE OBJECTIVES OF THE NEW PROJECT ARE TO DEVELOP:

Lee shared some examples of how this information could be useful. Local governments could use the land subsidence map to establish better policies to control the groundwater pumping or they could use the flood forecasting system to evacuate people when needed, thus minimizing lives beings endangered.

All of this data would be publicly available to everyone.