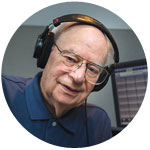 We lit lamps with oil in antiquity.  And we kept doing so until we had electricity. But what oil did we use? Petroleum found wide use only after the Civil War.  Most lamp oils had come from vegetables or animal fat before that.  So where did whale oil fit in?  Well, it was America's most desired oil during the early 19th century. It had made whaling into a major American industry by 1820.

That brings us to the Whale Oil Myth. That’s the idea that petroleum oil, and the free market, saved the whales. Whales had come under a serious threat of extinction by 1860. And petroleum oil did fuel most lamps in the latter 19th century. So what really happened?

The cost of whale oil had risen as we killed off whales. It had always been too costly for most ordinary users. And only the wealthy could afford it by the end of the Civil War. We lit most lamps with far cheaper oils — oils derived from coal, as well as from plants and land animals.  We lit lamps with turpentine, lard, or alcohol. Then camphine became popular during the Civil War. That much-used witch's brew was a mixture of camphor oil and a turpentine derivative.

So the market ended whale oil use before petroleum oil became important. Petroleum oil first arrived in the form of kerosene, just before the Civil War. Then, during the War, we taxed kerosene at ten cents a gallon. But the tax on the alcohol in camphene rose to as high as two dollars per gallon. Early petroleum derivatives suddenly enjoyed a huge government price advantage. And that advantage was over camphine. Whale oil no longer mattered.

So whale oil never was competitive. Using it was always a bit like killing elephants so the wealthy could have costly carved ivory. As for lamps, government-supported petroleum was just a stopgap until Edison began building public electric lighting systems in 1882. Of course petroleum really came into its own with the automobiles of the 20th century. Its use in lighting our lamps had been only a way-station in its history.