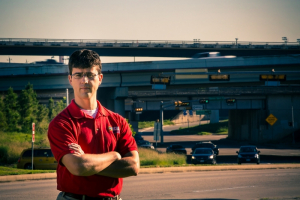 Computers and other technologies have vastly increased our ability to collect data on just about anything you can imagine. However, one major drawback to this is our inability to keep up with the amount of data being produced by these technologies. In many cases, the vast amounts of data being collected are going unused – that is, until more sophisticated software or other data-mining tools can be developed to decipher, apply and use this data in meaningful ways.

This is no exception for the LiDAR (light detection and ranging) user community, which is primarily composed of researchers, scientists, engineers and planners. Use of the cutting-edge LiDAR technology has allowed unprecedented data collection in areas of the world that are extremely difficult to enter on foot, such as deep within rainforests. This data is then used to create extremely detailed maps of previously uncharted areas.

The basics of LiDAR are simple: Fly over the area to be mapped with a system that shoots hundreds of thousands of laser pulses at the ground per second. How quickly those pulses hit the ground and bounce back to their source can be used to calculate the exact distance between the plane and the ground. Repeat that process several billions times, and you’ve got a map.

However, the process of turning the data collected by LiDAR into a detailed map is quite a bit more complicated than it sounds. Users of LiDAR who want to analyze the data they’ve collected must rely on the software that comes directly from the manufacturer of LiDAR equipment – software that’s limited in the kinds of data analysis it can do.

In order to create the maps of the Tahoe National Forest and the Honduran Rainforest, for example, UH researchers from the National Center for Airborne Laser Mapping (NCALM) had to develop their own algorithms and add-ons to the standard software suite provided by the LiDAR equipment manufacturer. Without developing their own improved version of the manufacturer’s LiDAR software, the team may never have been able to create these highly detailed maps.

But LiDAR users may no longer have to depend on the data analysis software that comes directly from the manufacturers of LiDAR hardware, thanks to a researcher at the University of Houston Cullen College of Engineering.

Craig Glennie, assistant professor of civil and environmental engineering and NCALM researcher, has been awarded a two-year grant for over $200,000 from the National Science Foundation to develop an open-source software suite tailored specifically to the users of LiDAR data. The hope, Glennie said, is that this new LiDAR software will allow for a much greater range of data analysis than is possible through current LiDAR software.

“The best case scenario would be if we released this software to the open source and a community of developers began actively participating and improving upon the software, uploading their own changes and algorithms to it as well, so it becomes kind of its own living, breathing organism,” Glennie explained.

And Glennie has great reason to believe that the outcome of open-sourcing this software will indeed be described as a “best case scenario.” Releasing software to the open source has been met with incredible success in the past, helping to advance technologies far faster than would be possible had the design and blueprint files been kept a secret.

“We see this a lot in the academic community,” said Glennie. “When software gets released to the open source, you get a tidal wave of new processing approaches because all of a sudden, instead of a couple of groups looking at it, you have hundreds or thousands of groups. So that’s the idea: to get it out there and hopefully spur some development.”

But this is just in the short term. In the long term, Glennie hopes that moving NCALM’s LiDAR software to the open source will do more than just advance the software more quickly: it will serve as a first step toward democratizing LiDAR software and data in general.

“I would say that this is a step towards what I would call the democratization of LiDAR data, making it open access to people so they can get more out of the data and not rely on proprietary algorithms controlled by manufacturers.”