Did Cullen College Researchers Help Find a Fabled Ancient City in Honduras?
May 15, 2013
By
Audrey Grayson 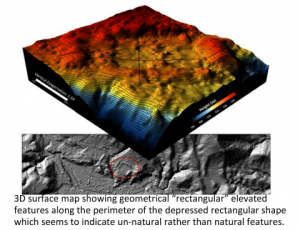 A year ago, a research team from the UH Cullen College of Engineering's National Center for Airborne Laser Mapping (NCALM) revealed that they discovered ancient ruins hidden deep within the Honduran rainforests which may belong to the legendary lost city of Ciudad Blanca. Now, the research team will be speaking about their findings and presenting previously unseen photos of the archeological sites at the 2013 Meeting of the Americas in Cancun, Mexico.

The team of UH researchers -- consisting of Ramesh Shrestha, William Carter, and Juan Fernandez-Diaz -- were recently featured in The New Yorker for their role in uncovering these ancient archeological remants in Honduras. The article outlines how the UH research team behind NCALM specializes in the creaton of extremely precise maps using LiDAR (light detection and ranging) technology. UH's NCALM scientists teamed up with documentary filmmakers Steven Elkins and Bill Benenson to use LiDAR in the Mosquitja region of Honduras to reveal what secrets might lie hidden beneath the dense forest canopy.

What they found was beyond almost anyone's expectation: cities with pyramids, plazas and terraces; farming areas and canals; roads connecting different population centers. While researchers must visit the actual sites for further exploration and confirmation, together they indicate that a far larger and more complex pre-Columbian society existed in these rainforests than previously thought. Elkins, who will also be in attendance at the researchers' presentation at the Meeting of the Americas, said he and his colleagues will unveil images from these sites that had not previously been made public.

To read the full AGU press release on this presentation, please visit: http://www.agu.org/news/press/pr_archives/2013/2013-21.shtml.