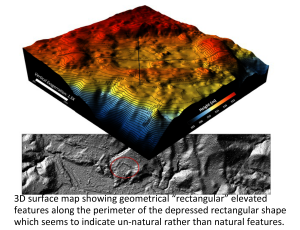 A field team from the University of Houston and the National Science Foundation (NSF) National Center for Airborne Laser Mapping (NCALM) has mapped a remote region of Honduras that may contain the legendary lost city of Ciudad Blanca. The results, recently announced by Honduras President Porfirio Lobo, mark the successful completion of the first light detection and ranging (LiDAR) survey of that country's Mosquitia region, one of the world’s least-explored virgin rainforests. UH professors Ramesh L. Shrestha and William E. Carter have been working with refining and applying airborne LiDAR to unveil the surface of the earth, primarily for earth scientists researching surface processes, for more than a decade.