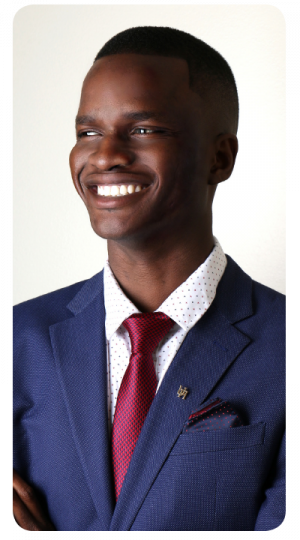 Odo's paper, “Rare Event Classification in Multivariate Time Series,” is about “rare events” in industry – trying to predict the events before they happen, and accentuating preventive actions that could be taken during early stages.

“I've just always been interested in patterns as far back as I can remember,” he said. “I've also been fascinated by pattern recognition.”

Rare events are classified as events that occur less than 5 percent of the time, according to Odo. As part of a presentation he gave on his paper, Odo used the example of a pulp-and-paper industry. A rare event could be a machine overheating, or paper being misaligned, resulting in an inferior product.

“The rare event problem globally, is a billion-dollar problem,” he said. “That doesn't even count the amount of times in which assets are abated when they didn’t have to be abated. Any unplanned downtime results in significant loss in money, so if you can predict rare events before they happen, that can reduce the commensurate loss.”

While his paper is on analyzing rare events, Odo wants to be a data scientist studying a variety of machine learning applications. For example, his senior thesis is on a healthcare application that attempts to prevent cardiovascular disease by providing personalized lifestyle recommendations.

“I have a set of skills, machine learning and analysis skills, that can be applied to anything,” he said.

A native of Nigeria, Odo said he was attracted to the University of Houston because he had family in the metro area, and because it was one of the most diverse campuses in the United States.

“It's been a big deal for me, not necessarily to blend in, but to not stand out,” he said.

Odo started at the college in 2013. After completing his degree, he wants to pursue a doctorate and become a professor. His work is being overseen by Dr. Ying Lin, an assistant professor in the Department of Industrial Engineering.