Throughout the Cullen College of Engineering new faces and brilliant minds are joining the faculty in the 2017-2018 school year. The Cullen College proudly welcomes them to its ranks of excellence in academia. 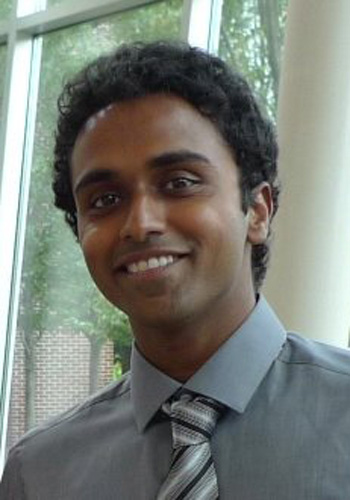 Praveen Bollini joins the Cullen College of Engineering as an assistant professor of chemical and biomolecular engineering. He comes to UH from the University of Minnesota in Minneapolis where he served as a postdoctoral research associate in the field of methanol to olefins conversion on zeotype catalysts.

Previously Bollini served as senior engineer for catalysis and process research at the Dow Chemical Company in Freeport, Texas. In 2013 Bollini earned his Ph.D. in chemical engineering with a minor in chemistry from the Georgia Institute of Technology in Atlanta. 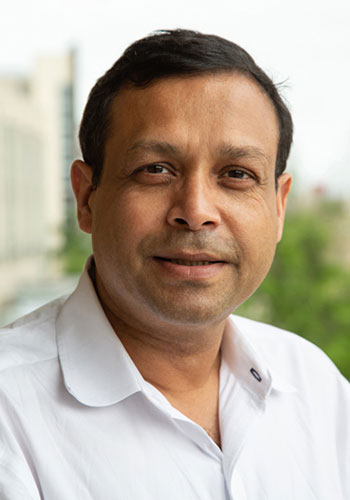 (Photo courtesy
The University
of Akron)

Alamgir Karim becomes a professor of chemical and biomolecular engineering at the Cullen College of Engineering. He previously served as The Goodyear Tire and Rubber Company Professor in polymer engineering and co-director of the Akron Functional Materials Center at the University of Akron in Ohio. Additionally Karim was associate dean of research and director of Maurice Morton Institute of Polymer Science and Polymer Engineering.

Between 2010 and 2015 Karim was also director of Materials at the Akron Functional Materials Center. 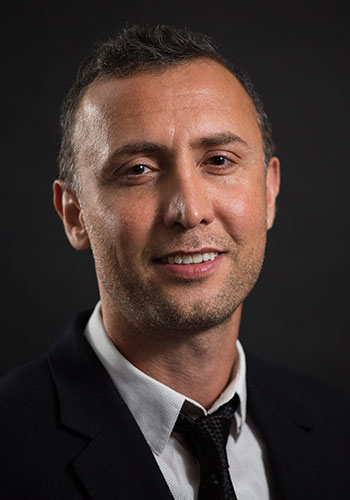 Mehmet Orman joins the Cullen College as assistant professor of chemical and biomolecular engineering. He comes from the Memorial Sloan Kettering Cancer Center in New York where he was a post-doctoral research fellow with interest in DNA repair mechanisms in cancer cells.

From 2011 to 2015 Orman served as post-doctoral research associate in the chemical and biological engineering department at Princeton University where he focused on bacterial persisters, which are rare, phenotypic variants that are temporarily tolerant to high concentrations of antibiotics. He earned his Ph.D. from Rutgers University in 2011. 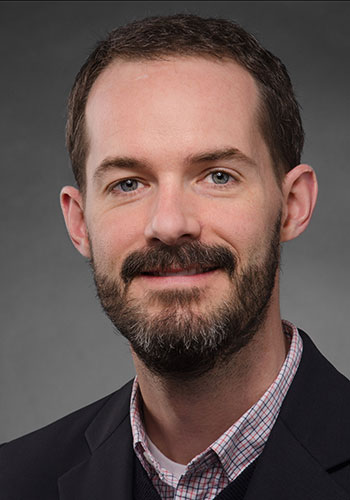 Devin Shaffer joins the Cullen College as an assistant professor of civil and environmental engineering in spring 2018.  For the past year Shaffer has served as materials research engineer in the functional polymers group at the materials science and engineering division of the National Institute of Standards and Technology (NIST) in Gaithersburg, MD.

At NIST Shaffer studied the structure and transport properties of water treatment membranes with a goal of improving the selectivity of thin-film composite desalination membranes through better understanding of how the structure and characteristics of the membrane selective and support layers affect the membrane performance. Devin's previous experience includes a position as a professional engineer designing water and wastewater treatment systems. 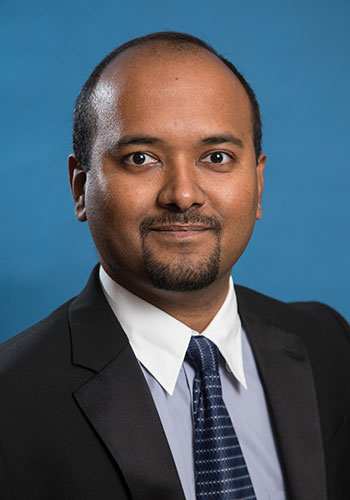 Harish Krishnamoorthy joins UH as an assistant professor of electrical and computer engineering.  His specialization is in power and energy and his major areas of research and teaching focus on subsea/downhole power systems, power electronics for extreme environment applications, renewable energy power conversion, power electronics for utility interface and medium and high frequency magnetics-based power converters.

In 2014 Krishnamoorthy earned his Ph.D. in electrical and computer engineering at Texas A&M University, where he remained as a research assistant performing research in high density power electronics energy conversion. 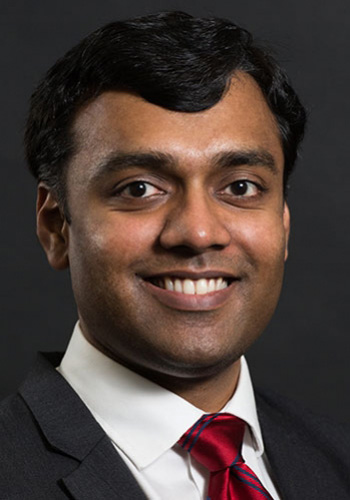 Rohith Reddy is a new Cullen College assistant professor of electrical and computer engineering with a keen interest in biomedical imaging. Reddy served as a post-doctoral fellow at Harvard Medical School and Massachusetts General Hospital in Boston. He completed his Ph.D. in bioengineering in 2013 at the University of Illinois at Urbana-Champaign.

Reddy has a compelling interest in building new medical devices for early cancer detection based on infrared optics. Reddy believes that by studying the reflected light (laser or other types) off human tissue, a picture of what is happening inside the tissue can be painted. By studying the microscopic cellular structures and creating high resolution images, he says it is possible to determine if the tissue has a certain disease.

In 2016 he won an innovation award from the Federation of Analytical Chemistry and Spectroscopy Societies (FACSS) for the most innovative and outstanding new research advancement for his postdoctoral work on a swallowable capsule endoscopy for Barrett’s esophagus diagnosis based on optical coherence tomography. 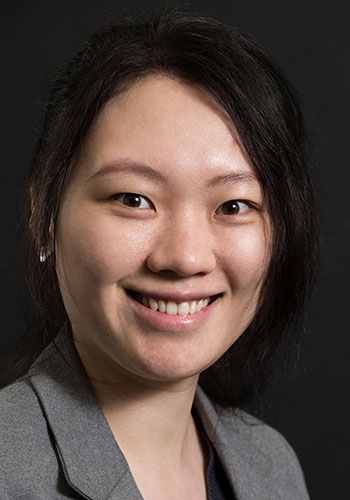 Ying Lin comes to the UH Cullen College as assistant professor of industrial engineering from the University of Washington in Seattle where she was a research assistant in industrial and systems engineering.

In May 2017 Lin was awarded her doctorate in industrial and systems engineering from the University of Washington. 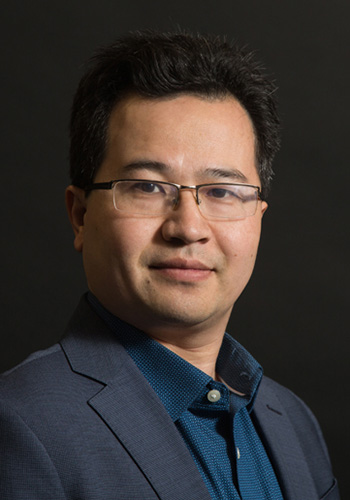 From 2012 to 2013, Chen was a research and development engineer for pressure pumping equipment at Baker Hughes in Houston. He received his Ph.D. in electrical engineering from Michigan State University in 2009 and conducted postdoctoral work in mechanical and aerospace engineering at the University of Virginia. 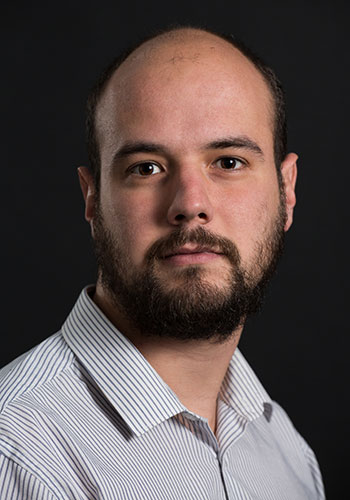 Rodolfo Mónico becomes an assistant professor in mechanical engineering at the Cullen College. Most recently he was a post-doctoral researcher at Harvard University. His research is primarily in the field of computational fluid mechanics and he is interested in the convective flows, the human olfactory system, vortex ring collisions and other canonical turbulent systems 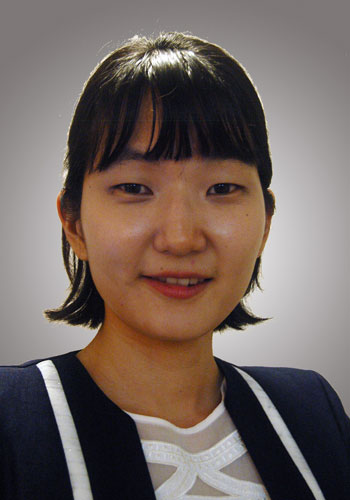 Kyung Jae Lee joins the Cullen College as an assistant professor of petroleum engineering. She comes from the Lawrence Berkeley National Laboratory in Berkeley, California, where she was a geological postdoc fellow participating in U.S. DOE projects. Her projects included research on thermal processes for enhanced shale oil production and CO2 push-pull in enhanced geothermal sites to improve imaging and characterization of faults and fractures.

Sakhaee-Pour's research interests include thermodynamics, fundamental processes, pore-scale modeling, and nanomechanics. He received his Ph.D. in petroleum engineering from the University of Texas at Austin in 2012. 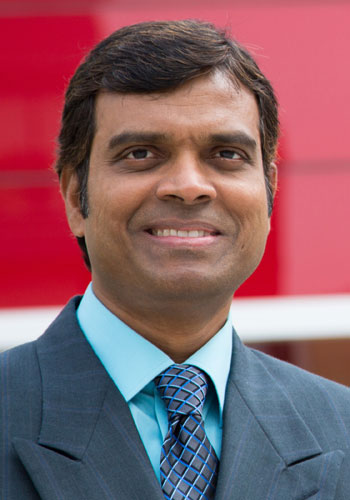 Hung Le comes to the Cullen College of Engineering in spring 2018 as an instructional assistant professor in electrical engineering.  It’s a return for Le, who earned his Ph.D. in electrical engineering in 2004 from the Cullen College of Engineering. He worked for 14 years at Hewlett Packard as a master technologist and designer. Most recently he worked at Buoy Heath as a technology consultant.

Complex Coacervate Droplets as a Model Material for Studying the Electrodynamic Response and Manipulation of Biological Materials
Posted on August 4, 2022
Cullen announces 8 promotions for Fall 2022
Posted on July 14, 2022
Cullen recognizes efforts of faculty, students with 2021-22 Excellence Awards
Posted on May 5, 2022