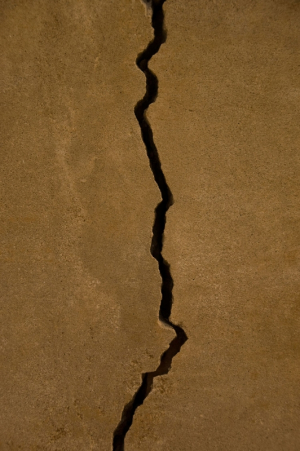 UH civil and environmental engineering Professor Craig Glennie assisted in a new U.S. Geological Survey-led study that finds deformation below the Earth’s surface caused by earthquakes is expressed much differently than displacement at the surface.

The multi-institutional team, which included researchers from the California Geological Survey and geological consultants, used laser imaging to determine that surface displacement of grapevine rows caused by the 2014 South Napa earthquake was significantly less than estimates of the actual slip across the fault plane just below the surface.

The researchers used LiDAR, or Light Detection and Ranging, to obtain unprecedented details of the process of earthquake-related fault slip reaching near the Earth’s surface, where damage to people and structures can take place.

“We're using the same imaging and navigation technology mounted on the roofs of the test robotic vehicles that people see driving around these days,” said Glennie of the University of Houston's National Center for Airborne Laser Mapping. “Only we are processing the data to higher precision and accuracy so that we can detect ground motions on the order of centimeters.”

Read the full release at https://www.usgs.gov/news/harvesting-earthquake-fault-slip-f-rom-laser-images-napas-vineyards