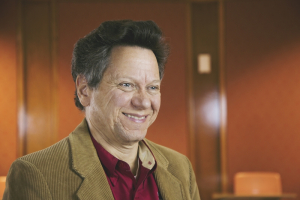 The United States National Committee of the International Union of Radio Science (USNC-URSI) has named David Jackson, professor of electrical and computer engineering at the Cullen College, as its chair for 2015-2017.

The International Union of Radio Science (URSI) is a non-governmental and non-profit organization under the International Council for Science. It is responsible for stimulating and coordinating international studies, research, applications, scientific exchange and communication in the field of radio science. The organization is comprised of member committees representing over 40 countries including the United States. The United States National Committee (USNC) of URSI is appointed by the National Academy of Sciences to represent the United States to URSI.

“I am extremely honored to be appointed chair of USNC-URSI,” said Jackson. “URSI is a very well known international organization that has a large impact on the radio science community.”

Jackson has many responsibilities as chair, including the planning and coordinating of the annual National Radio Science Meeting (NRSM), which will be held Jan. 4-7, 2017 in Boulder, Co. The annual meeting attracts radio scientists from across the globe and features paper competitions for students.

“My hope for the NRSM is to increase student involvement through travel fellowships and our new ‘Early Career Representative’ membership category,” said Jackson. “I believe students are the future of the radio science field and it is important that they are involved in this organization.”

Jackson also hopes to increase the diversification and amount of members of the organization.

“I am hopeful in our ability to attract new members of various professions that will have a positive impact on the reputation of the organization,” he said.

While this appointment calls for a great deal of attention and dedication, Jackson is proud of the benefits it will have for the Cullen College’s electrical and computer engineering department. “I believe that working with such a prestigious organization provides a great opportunity for the department and it is a responsibility I am very appreciative of,” he said.