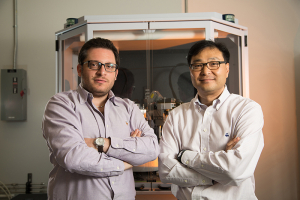 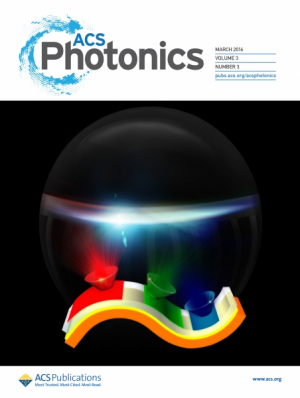 In recent years, LEDs have become more prevalent in households, automobiles and even large-scale stadium displays. Yet, they are still less commonly used than incandescent and fluorescent light sources.

One of the major barriers to market penetration and widespread household use is the relatively high cost of LED bulbs compared to cheaper traditional light bulbs, said Ryou. LEDs cost more to purchase because they are more expensive to mass-produce. The substrate currently used for LED production is not only higher-priced than its traditional counterparts, but it can only be used in relatively small quantities, further driving up the costs of large-scale manufacturing.

Shervin, who served as first author on the study, researches the potential for flexible LEDs on inorganic material to reduce mass-production costs and increase reliability and efficiency. He said that the theoretical ability to create color-changing LEDs was an unexpected and surprising bonus.

“We are taking a totally new approach [to LED manufacturing]” said Ryou. With this research, he and Shervin hope to provide the foundation for future LED technology and contribute to its increased everyday use.

“[Being featured on the journal cover] is motivating. We have a lot of work ahead, but it’s exciting to have our efforts recognized with this work on the cover,” Shervin said.

“I’ve always been interested in energy-related research and the University of Houston offers a huge sea of research opportunities,” he added.

ACS Photonics is a monthly journal dedicated to research articles, letters, perspectives, and reviews, encompassing the full scope of published research in the photonics field.