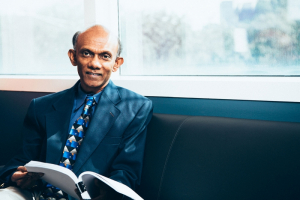 An estimated 1.5 million Americans and at least five million people worldwide live with a form of lupus, a chronic autoimmune disorder, and approximately 16,000 new cases are diagnosed in the United States each year, according to the Lupus Foundation of America website. Almost 90 percent of those diagnosed with the disease are women between the ages of 15 and 44.

Systematic lupus accounts for 70 percent of the total cases, and about half of those involve major organs, such as the heart, lungs, kidneys or brain, though the disease can damage any part of the body. Many scientists believe that the disease develops in response to combinations of hormones, genetics and environmental influences.

Patients with Systemic Lupus Erythematosus, SLE, often experience reduced quality of life that lasts from six weeks to many years. A recent evaluation of SLE patients found reductions in antioxidant and energy generation markers as well as increased inflammation markers in their sera, which could manifest physically and mentally as ill-defined symptoms of fatigue, generalized pain and depressed mood. The evaluation also noted reductions in omega-3 fatty acids, powerful antioxidants, which could contribute to fatigue, oxidative stress, inflammation, disease activity and reduced quality of life experienced by lupus patients.

Earlier this month, Chandra Mohan, professor of biomedical engineering at UH Cullen College of Engineering, published a paper in the Nutrition Journal that detailed results of the first clinical trial investigating impacts of fish oil supplements on fatigue and quality of life in SLE patients. His collaborators included the University of Texas Southwestern Medical Center in Dallas and the Functional Medicine Research Center, Metagenics, Inc. in Gig Harbor, Washington.

Other studies have shown reduced oxidative stress, an imbalance between antioxidants and free radicals in the body, in lupus patients who take fish oil supplements containing omega-3 fatty acids. This placebo-controlled, randomized trial aimed to understand the effects of fish oil supplements on clinical measures such as fatigue, quality of life and disease activity in SLE patients.

Thirty-two of 50 SLE patients selected randomly from outpatient clinics completed the six-month study. The participants were divided into two blind groups that received either fish oil supplements or olive oil placebos. The results showed that the Physician Global Assessment, PGA, which categorizes the level of disease as inactive, mild, moderate or severe, improved significantly more in members of the fish oil group than in members of the placebo group.

Members of the fish oil group also showed more improvement than their counterparts on the RAND Short Form-36, a standardized health survey that assesses quality-of-life measures. Furthermore, unlike members of the placebo group, members of the fish oil group experienced improvement in some circulating inflammatory markers. The researchers did not observe substantial differences between the two groups on the Fatigue Severity Scale, FSS, or the SLE Disease Activity Index, SLEDAI.

“Although the study evaluated a small group of patients, there were positive indications in the treatment group for quality of life, fatigue, disease activity and inflammation biomarkers,” Chandra and his collaborators wrote in their paper. “Further studies are warranted to confirm our promising findings.”