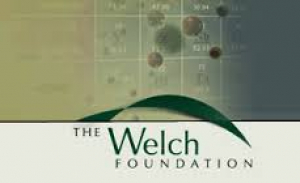 Three UH Cullen College assistant professors of chemical and biomolecular engineering received Welch Awards in Chemistry from the Welch Foundation for their contributions to fundamental chemical research that benefits humankind. Located in Houston, the foundation is one of the largest private funding sources for chemistry research in the country.

Occasional and chronic kidney stones, which are crystal aggregates that form in the kidney, affect approximately 10 percent of the U.S. population. Each year, more than half a million people visit emergency rooms with the painful mineral and acid salt deposits.

“In the past 30 years there have been no advancements in therapies for kidney stone disease,” Rimer said. “We started a program with our first Welch award to design peptides as potential drugs to mimic natural proteins that inhibit the growth of crystals implicated in stone disease.”

The current treatment for kidney stones is an organic molecule called citrate, which is an over-the-counter supplement. Citrate acts as a mild inhibitor of the crystals but is incapable of significantly reducing stone incidence rates among patients with chronic disease.

“There is so much we still do not understand about this system at a molecular level,” Rimer said. “The premise is that understanding the factors governing the specific recognition and interactions between drug molecules and crystal surfaces will help us design more effective crystal growth inhibitors.”

Rimer has patented a promising new drug for the treatment of kidney stones that serves as the basis for the next phase of their research. He is collaborating with a nephrologist at Litholink Corporation to perform human trials and a chemical engineering professor at the University of Pittsburgh to perform computational simulations of drug-crystal interactions.

Rimer intends to leverage Welch funding for future phases of his research. For example, he and his collaborators are recruiting other researchers to conduct animal testing to determine drug efficacy in vivo, which he is looking to the National Institutes of Health (NIH) to fund.

“The focus of this Welch project is on kidney stone research, but understanding and controlling molecule-crystal interaction is a general theme that connects much of my work,” Rimer said. “The foundation has been integral in supporting my research in crystal engineering, and helped launch new research projects in my group.”

Rimer’s broad body of work on molecular interactions at crystal interfaces allows him to apply similar approaches to a range of research projects, from understanding mechanisms of hematin crystallization and inhibition in malaria to engineering zeolite crystals for their use in petroleum and chemical industries. He has built collaborations between his research group and other UH professors, professors at other academic institutions and industrial researchers.

“At some point, our experiments reach a limit where we need additional tools, such as modeling and first principles calculations, to help us bridge knowledge gaps at the molecular level,” Rimer said. “My group is beginning to interact more with collaborators who have expertise in modeling, which coupled with experimentation is a powerful combination.”

Jacinta Conrad earned her Welch Award to explore one of the most puzzling fundamental problems in physical chemistry, the origins of the glass transition. Glasses lack long-range order and look structurally like liquids but behave mechanically like solids. In contrast, many solids are ordered crystals, in which the molecules or atoms are arranged in a regular lattice. Ordered crystals and disordered glasses can be composed of the same molecules, but their structures and how they form are very different. Despite years of research, the reasons for these differences are poorly understood among scientists.

“While we have a basic understanding of crystal formation, we don’t understand what drives the formation of glass,” Conrad said. “There is not one unifying theory that explains the phenomenon.”

For certain applications, glasses have mechanical advantages over crystals because their disordered structures are void of weak spots associated with ordered crystal structures. Conrad’s research group uses a novel colloidal model system to study the structure and dynamics of colloidal particles across the phase transition from dense liquid to glass. Their objective is to test existing theories for the glass transition, which will increase fundamental understanding and help engineers tailor mechanical properties of glasses for practical applications.

Ordinary phase transitions often involve abrupt structural changes between ordered and disordered states, such as disordered liquid water freezing to form ordered crystalline ice. By contrast, the molecules in a liquid remain disordered as the material solidifies into a glass. Likewise, there is no structural change when solid glasses melt into liquids.

In her lab, Conrad uses confocal microscopy to image colloidal particles suspended in liquids and tracks them over time with computer software. In these dense colloidal solutions, particles move when jostled or bumped by solvent molecules or by other particles, much like crowds determine motions of people pushing through them. With the microscope, researchers can observe hard, spherical particles colliding with other particles and bouncing away like billiard balls. As the number of particles increases, these dynamics become slower and slower, and the suspension behaves more and more like a solid.

Colloidal systems are popular for studying fundamental questions about phase transitions and flow behavior because they allow researchers to track every particle on the micron scale and ask detailed questions on both the structure and dynamics of every particle.

Colloidal model systems have already helped scientists develop complex colloidal fluids, which also exhibit unexpected or unusual mechanical properties. For example, toothpastes do not behave uniformly as solids or liquids but rather as some combination of them. The pastes are fluid enough to ooze from tubes but solid enough to hold their shapes atop toothbrushes. Furthermore, many biological objects, such as viruses and bacteria also studied in Conrad’s lab, are on the same micron size scale as colloids.

“We can watch every single colloid as it transitions from a disordered liquid to an ordered solid, such as crystal,” Conrad said. “But none of the theories work for glasses.”

Conrad hypothesizes that differences between the predictions of existing theories and the measurements on experimental glasses are caused by attractive interactions between the colloids, which she and her team will control in this study. In her model system, she can make the particles attractive, or sticky, by adding small polymers to her solutions. The polymers crowd the colloids, and this crowding pushes the colloids together to create an effective attraction. She plans to study the effects of these attractions in controlled settings to better reconcile the gaps between theories and experiments.

“This novel modeling system is convenient and simple, yet we can control the particle size, the distance between particles at which attractions occur and the strength of attraction,” Conrad said. “We have a few knobs to tune with this system, which allows us to ask detailed questions about existing theories.”

Over the course of this three-year grant, Conrad hopes to establish the usefulness of her novel colloidal modeling system for testing existing theories and to study the glass transition in thin films and small drops, which is relevant for applications in coatings and 3-D printing.

Jeremy Palmer, assistant professor of chemical and biomolecular engineering at UH Cullen College of Engineering, earned his Welch Award to expand on his postdoctoral research on the phase behavior of liquid water at low temperatures that published in Nature last year.

“We’re trying to fill a knowledge gap about the unusual behavior exhibited by some liquids when they’re cooled near or below their normal freezing point,” Palmer said.

Water’s density anomaly is one well-known example of this unusual behavior.  As liquid water cools at ambient pressure, its density increases, like most simple liquids. However, at 4 degrees Celsius, water does something strange – it starts to expand and to become less dense as it cools. Although liquid water normally freezes into ice at zero C, it can be stabilized in experiments to about 42 C below zero, at which point freezing occurs too rapidly for measurements on liquid water to be performed. Remarkably, experiments on liquid water performed slightly above this temperature reveal that it continues to defy normal liquid behavior and expand upon cooling. Many other peculiar behaviors, such as its increased compressibility upon cooling, are also observed in water at low temperatures.

Although water is the most studied substance in the world, the physical origin of its unusual behavior upon cooling continues to elude scientists.  And it is not the only substance that behaves strangely – evidence suggests that liquid forms of silicon and possibly carbon exhibit similar trends.

“These are some of the most ubiquitous and important substances on Earth,” Palmer said. “They shape almost every aspect of our natural world and life as we know it, and yet we still don’t understand why they behave the way that they do.”

With Welch Foundation support, Palmer and his research team will use state-of-the-art computer simulation techniques to study molecular models of these substances to better understand their odd behaviors. Their investigation will focus on examining one particularly intriguing and controversial hypothesis that suggests these substances behave like a mixture of two liquids.

According to this theory, at cold temperatures far below the freezing point (colder than 42 C below zero), two different liquids can exist and undergo a phase transition, in which one liquid converts into the other. Although this hypothesis is consistent with the majority of experimental measurements, at least for water, phase transition of co-existing liquids is also thought to occur at very low temperatures under different conditions where crystallization occurs rapidly. As a result, definitive evidence to experimentally falsify this hypothesis has not yet been obtained.

“One advantage of computer simulations is that we can directly study the behavior of model substances under conditions where two liquids may exist,” Palmer said.  “Although models can’t resolve this controversy for any real material, they can provide us with understanding of the physical mechanism responsible for this behavior and help in interpreting the vast amount of experimental data already published on this topic.”

While such behavior is in principle easier to study in model systems, the possibility of it occurring in models of water had been the subject of vigorous debate for more than two decades until recently. In their 2014 Nature paper, Palmer and collaborators resolved this long-standing controversy by using computer simulation to provide the first unambiguous evidence demonstrating that at least one water model separates into two liquids at sufficiently low temperatures.

“We know for sure that two liquid phases coexist in at least one water model, but we don’t know whether or not this happens in models of other important substances such as silicon and carbon,” Palmer said.  “We aim to answer this over the next few years.”

Palmer also plans to explore how and why this behavior occurs. Answering these interesting scientific questions would help to establish an understanding of the broader role that this phenomenon could play in nature’s design – if it occurs in real substances.