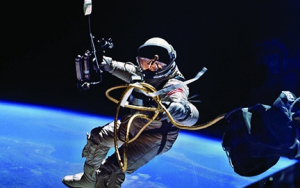 Two Ph.D. students in the Cullen College’s department of mechanical engineering received highly coveted NASA Space Technology Research Fellowships. The fellowships will cover the cost of their education from August 2015 to August 2016.

For the past three years, Robertson has been working closely with his advisor, mechanical engineering professor Ken White, to study the bonding mechanisms in structural coatings. Structural coatings are used to preserve a variety of industrial, marine and commercial structures and components. The weakest part of any structural coating is the strength of the bond made with the substrate, and Robertson said that studies focusing on this area are particularly relevant for space applications.

“This topic is important to NASA because of their extensive use of coatings,” Robertson said. “Rather than being applicable to only one type of coating, my research can be applied to any kind of coating to maximize its functionality and that's why I believe my application was selected.”

In addition to the relevance of Robertson’s research to NASA, White said Robertson was chosen to receive the fellowship because of maturity and aptitude in explaining his work.

“I feel that the NASA selection committee recognized his intellectual capacity and maturity in presenting his research topic,” White said.

Having the opportunity to work on research with real-world applications throughout his undergraduate and graduate student career has helped to set him apart as an engineering student, White said. “I have seen his creativity grow in response to the challenges of his advancements through our program, first as a fast track undergraduate, then as a first-time graduate student,” he said.

“This is a critical topic because the batteries currently used in the International Space Station and for other space related applications are transitioning to lithium ion batteries, and the evaluation of their safety and thermal, electrochemical performance is imperative,” Ardebili said.

Specifically, Walker is developing computer models to predict the thermal performance of lithium ion batteries during nominal operations and during thermal runaway scenarios. Walker carefully designs experiments to complement his computer models with real world results. Together, Walker and Ardebili published their results in the Journal of Power Sources in 2014 and plan to publish a second paper in the near future.

“His NASA fellowship is very well-deserved and will allow him to focus his time and efforts on this critical research for space applications,” Ardebili said.

Walker agreed with Ardebili, adding that the fellowship will allow him to become an expert in the use of lithium ion batteries for space applications.

“I was selected to take coursework and research hours that will enable me to become an expert in testing and analyzing thermal aspects to lithium-ion batteries with respect to understanding and preventing thermal runaway and thermal propagation,” Walker said.