The Future of Space: Uncovering the Cosmos
May 1, 2015
By
Elena Watts 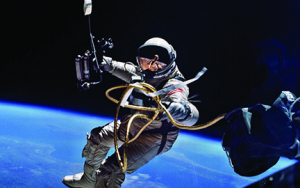 For the first time in history, scientists are confident that exploration beyond Earth could realistically yield space tourism, Moon colonies, Mars missions and settlements, and extraterrestrial life, adding to the inevitable technological outgrowths that improve everyday life on Earth.

Historically, civilizations that have engaged in exploration have thrived, which alone should motivate nations to unceasingly pursue unknowns. The 21st Century could prove especially rewarding for intellectually curious trailblazers, and Cullen College aerospace engineering and space architecture students could help lead the charge.

“The whole concept of exploration is a litmus test for the curiosity and health of a community or civilization,” said former astronaut Bonnie Dunbar, director of the UH aerospace engineering and space architecture graduate programs. “When nations cease to explore, they’re no longer curious, they begin to atrophy, and that’s when they need to worry.”

Chinese treasure ships, for example, dwarfed Spanish carracks in the 15th Century, yet the Chinese fleet never sailed beyond the Indian Ocean at that time. It was Christopher Columbus’ voyage across the Atlantic Ocean in Spain’s Pinta that led to global expansion. Although China had dominated the oceans for 500 years, the country collapsed into a primitive feudal system for another 500 years when a xenophobic leader thwarted exploration just decades after the discovery of the New World.

In more recent times, China has slowly gained momentum in space exploration, which the United States has dominated for the last half-century. While NASA’s space program has dwindled, the China National Space Administration, CNSA, has built a small space station to which it has flown 10 taikonauts – two of them women. CNSA plans to build a larger space station by 2020, and another Moon mission is likely on China’s horizon, Dunbar said.

“This cultural heritage is exciting the people of China, and they get more productive and more innovative when they get excited,” Dunbar said. “So I think exploration is not just about acquiring knowledge – it’s an engine for civilizations.”

POTENTIAL FOR LIFE ON OTHER PLANETS

When Dunbar graduated from high school in 1967, her physics book reported that the Earth’s Sun was the only sun orbited by planets. By the early 1990s, scientists had discovered the first exoplanet outside Earth’s solar system, and they also had learned that many stars in the Milky Way galaxy hosted planets. The telescope on the Kepler spacecraft, which launched in 2009, has since discovered more than 1,800 exoplanets, and approximately 30 of those are located within habitable, or “Goldilocks,” zones of their mother stars.

Goldilocks planets, like Earth, are “not too hot, and not too cold.” Their distances from their mother stars allow for the existence of life-supporting liquid water on their surfaces. Within the next decade, the world’s largest telescope, which is currently in development, is expected to shed light on these potential other Earths. From its post in Chile, the Giant Magellan Telescope is anticipated to have enough power to penetrate exoplanet atmospheres.

“And so the discovery of these planets outside our own solar system with the potential for life is really exciting,” Dunbar said. “Has any type of life, whether it be microbial or another level, ever tried to start on another planet, and has it progressed?”

These are the types of questions scientists ask about Mars, which they know had oceans, active volcanoes and a denser atmosphere at one time. Understanding Mars, which is the same age as Earth, could reveal valuable information about Earth’s natural climate changes and their effects on humans, Dunbar said.

“Should we be thinking somewhere down the line that we might need to leave the planet, not because of what we’ve done to it, but because of natural changes?” Dunbar asked. “Ultimately that’s what engineers do – we protect life on our planet.”

Manned missions to Mars with potential for human settlements have revived interest in exploration even among amateur space enthusiasts. Meanwhile, engineers and scientists are researching ways to overcome the many challenges associated with realizing these goals.

Mars, the fourth planet from the Sun, has a relatively cold, high-radiation environment composed mainly of carbon dioxide. With three-eighths Earth’s gravity and one-thousandth the pressure of Earth’s atmosphere, the planet is not a complete vacuum. While an abundance of data exists on the space station’s gravity, Zero G, and, of course, Earth’s gravity, One G, not much data exists on fractional gravitational forces that fall between them.

One of Dunbar’s research projects aims to understand flows of liquid and gas in fractional gravity using the rotation of small satellites called CubeSats to reproduce gravity on Mars.

“Our weather is driven by convection, so hot air rises,” Dunbar said. “If there’s no gravity, the air doesn’t go anywhere, and if there’s partial gravity, it rises at a different rate.”

Also critical to Mars missions is shielding to adequately protect astronauts whom must travel through radiation showers and live in the planet’s radiation environment for extended periods of time. NASA’s Curiosity Mars rover and Radiation Assessment Detector (RAD), which launched in 2012, continue to provide scientists with invaluable measurements to develop this technology.

The orbits of Earth and Mars present different challenges. The planets circle the Sun at different rates, and the distance between them changes constantly because their orbits are elliptical, rather than circular. Therefore, travel between the planets is limited to a best window every 26 months.

“Once an astronaut starts her trip to Mars, she can’t turn around three weeks out because she has a problem,” Dunbar said. “It’s just the way orbital mechanics works – it’s physics.”

For this reason, the Moon could serve as a valuable stepping-stone to Mars.

Conveniently, the same side of the Moon faces Earth at all times, and the mission is always only three-and-a-half days each way.

“If I have a problem on the Moon, I can abort and come back to Earth,” Dunbar said. “That’s even better than Antarctica, where scientists winter in for six months because the environment is too hazardous, cold and dark.”

From an engineering standpoint, the Moon could serve as an ideal site to test landing and life support systems in preparation for Mars missions, Dunbar said. Scientists could use the Moon’s fractional gravity and high radiation environments to research their long-term effects on humans, which are currently not well understood. Opportunities to explore vacuum environments and extreme temperature variations would also exist on the Moon.

“The Moon could function as our laboratory and as a weigh station en route to Mars and other destinations,” Dunbar said. “Once we get there again, we should stay.”

Ralph Metcalfe, professor of mechanical engineering at the Cullen College, also views the Moon as a realistic first step towards Mars. Metcalfe studied lava bed formation on the Moon decades ago as a student, and conducted propulsion and turbulent flow research for NASA early in his career.

The Moon is superior to Earth for launching missions to Mars, Metcalfe said. To colonize Mars, rockets would need tremendous power to lift two years’ worth of supplies through Earth’s atmospheric drag and gravitational field. The Moon offers an ideal launch site because it does not have an atmosphere that creates drag, and its gravity is one-sixth the Earth’s.

“Rockets could be launched using an electromagnetic slingshot called a railgun,” Metcalfe said. “The power necessary for launches is already on the Moon.”

In 2009, NASA’s Lunar Crater Observation and Sensing Satellite, LCROSS, and its Lunar Reconnaissance Orbiter, LRO, verified the existence of water ice in recesses of deep craters located on the Moon’s South Pole.

“It’s much like the narrow, steep Black Canyon of the Gunnison River in Colorado that cuts into the Earth and creates spaces with minimal or no sunlight,” Metcalfe said. “The spacecraft dropped a probe that hit the bottom of the Moon crater and lifted water ice.”

Scientists speculate that four billion years worth of collisions with rocky asteroids and icy comets could account for the Moon craters and the significant water ice they contain. Without an atmosphere, the water ice that never sees the sun does not evaporate, but rather accumulates in permanently shadowed lunar craters.

“When we, the taxpayers, invest in these great exploration missions, we create technologies that build new commercial markets, which is very much how the airplane was born,” Dunbar said.

The U.S. Army intervened when the Wright brothers were unable to sell their airplane to investors whom considered the invention too dangerous. During the World Wars, the U.S. Department of Defense expanded the technology and ultimately established the U.S. Air Force. The fleet of warplanes evolved into passenger airplanes that hatched the commercial airline industry.

“So we have a commercial airline industry now because of a partnership,” Dunbar said. “Everyone at NASA wants to see the commercial aerospace industry succeed.”

Locally, partners collaborating to build a robust commercial aerospace industry include the Houston Airport System, NASA, the University of Houston and more than 80 commercial aerospace companies, among other organizations. Their objective is to make Houston an epicenter for space research and exploration, much like California’s Silicon Valley is for high-tech innovation.

In 2013, the Houston Airport System awarded XArc Exploration Architecture Corporation a contract to study economic viability for a spaceport at Ellington Airport, which is located near NASA’s Johnson Space Center. Sam Xiemenes, the owner of the company and an alumnus of the UH space architecture program, enlisted the help of his alma mater and then-space-architecture-student Nejc Trost, who has since graduated. They found that a launch site for government and commercial spacecraft and a campus for academic learning, research, development and manufacturing would enhance Houston’s already strong space infrastructure.

Future SpaceX missions are already planned in collaboration with NASA, the U.S. Air Force and other agencies to make deliveries to the space station, to test engineering systems and to launch full-size and small satellites into space.

“We’re learning increasingly what we don’t know at a faster rate than what we do know,” Dunbar said. “This is not an end point we’re going to find in our lifetimes.”

NASA partners with several universities on development of small satellite, or CubeSat, technologies ranging from manufacturing and communications to propulsion and navigation. However, UH engineering students have the unique opportunity to conduct their research 25 miles up the road from NASA’s Johnson Space Center.

“It’s a natural partnership with NASA, and we encourage our students to interact with our sponsor,” said David Jackson, professor of electrical and computer engineering at the Cullen College.

In 2013, a team of UH students developed award-winning CubeSat antenna technology, which led to a NASA grant to continue their research. The students tested their antenna technology in the UH Small Satellite Research Laboratory, and they verified its performance in NASA facilities.

“NASA sponsors were involved in the winning research, and their feedback about our students was topnotch,” Jackson said.

Steve Provence, NASA engineer and adjunct professor of electrical and computer engineering at the Cullen College, works with UH and other university students to develop CubeSat technologies. He eagerly anticipates missions beyond low Earth orbit within the next decade.

“We’re going to send these small satellites into the cosmos,” Provence said. “We’ll send them to asteroids, comets and perfect points in space with balanced gravity.”

NASA’s Orion spacecraft is scheduled to make its first unmanned mission around the Moon in two years, followed by manned missions, Provence said. The exploration vehicle is designed to eventually take humankind farther into space than they have ever traveled.

“Orion will take us not only to the International Space Station, but also to the Moon and Mars,” Provence said. “So we are on the cusp of great exploration beyond low Earth orbit with CubeSats and manned spacecraft.”