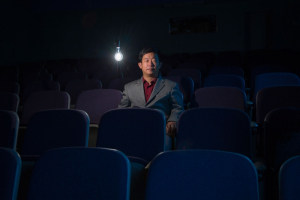 Two professors with the UH Cullen College of Engineering were awarded nearly $250,000 from the National Science Foundation (NSF) to improve the resilience and reliability of the U.S. electricity grid in response to hurricanes and other major weather events.

Zhu Han, a professor of electrical and computer engineering with the Cullen College, is leading the project, which goes by the acronym “PREPARE” – that is, Proactive Recovery of Electric Power Assets for Resiliency Enhancement. Just as the name implies, Han said this work will culminate in the development of a comprehensive framework for increasing the reliability of the electric power grid across the U.S. in response to major weather events such as hurricanes. The model Han’s team develops will also be used to expedite the power recovery process after a major storm or hurricane, thereby minimizing the economic, social and physical disruptions and damages caused by these weather events.

Suresh Khator, professor of industrial engineering as well as the associate dean for graduate programs and computing facilities at the Cullen College, will serve as co-investigator on the grant.

For Han’s team, this latest NSF award represents another vote-of-confidence for their impressive portfolio of research into improving the reliability and resilience of electricity grids.  Last year, Han began an industry consortium at the University of Houston along with then-colleague Amin Khodaei. Their goal was to leverage smart meter data across the Houston region in order to better predict outages caused by storms and hurricanes and to speed up recovery times after a power outage occurs. Shortly thereafter, CenterPoint Energy signed on as the founding member of Han’s consortium, called the Electric Power Analytics Consortium, and provided Han with years’ worth of their customer’s smart meter data.

Han then went to work on creating a predictive model which would give CenterPoint more information than ever before on the path of a hurricane or major storm, how much damage it will cause, and which areas are expected to be the hardest hit. Han coupled his predictive hurricane damage model with the real-world smart meter data provided by CenterPoint to develop comprehensive frameworks which can tell the utilities provider which power lines are out, where they should send recovery crews and how power can be rerouted to ensure vital facilities remain in operation during and after the hurricane or storm.

Now that Han and his team have nearly completed this first project with CenterPoint Energy, Han said they are better prepared than ever to take on this latest (and far more ambitious) NSF project, which will allow his team to expand the scope of their research from the regional to the national power grid. And although Khodaei has since moved on to become an assistant professor of electrical engineering at the University of Denver, he and Han have teamed up once again to take on this project.

But unlike the work they conducted with CenterPoint Energy, Han said this new project will be more theoretical in nature, since it isn’t grounded in real-world data such as CenterPoint’s smart meter readings. Instead, Han will utilize the lessons he’s already learned from the project with CenterPoint to develop outage models that indicate the impact of hurricanes on power system components within the national electricity grid. This information will allow energy utilities providers to send crews out to areas expected to experience outages before these outages even occur, making for faster power recovery times than ever before.

In addition, the team’s comprehensive model will include a post-hurricane recovery framework to allow for the most efficient utilization of resources following a major weather event. Their framework will also provide outage and repair models which they hope will be incorporated into all crew mobilization and recovery models used at energy utilities companies across the country.

After the team develops their models for predicting the hurricane path and most effectively utilizing resources both before and after the weather event occurs, they will validate their work based on the real-world power grid data provided to them by CenterPoint Energy.

Khator noted that when developing these models for resource management, the team must also consider the cost and the amount of time it takes to mobilize and utilize equipment, manpower and electricity. This will allow the team to find the cheapest, fastest, safest and most effective ways to restore power to homes and businesses after a major weather event. “We’ll also be including information on how best to do routine maintenance on vital equipment and infrastructures so they can withstand a major hurricane or storm,” Khator explained.

This part of the work may be a bit difficult, Han noted, as one size doesn’t always fit all when it comes to the national electricity grid. Some states, he said, have invested more heavily in smart grid technologies while other portions of the national grid have lagged behind. However, the models his team develops will take these technological disparities into account to ensure applicability to a variety of electric power grids with differing technologies and regulatory issues.

Moreover, Han said that these models aren’t only applicable to hurricanes and major events – this framework can be used for nearly any natural or man-made disaster imaginable. “The transformative nature of this research supports applications to a variety of infrastructures, and in response to a wide range of weather events and natural disasters,” Han explained.