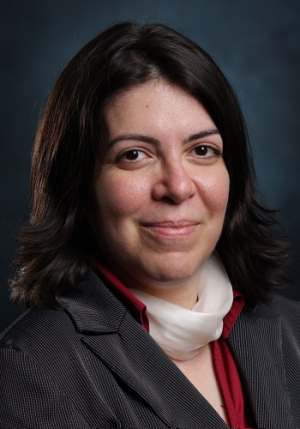 The University of Houston Cullen College of Engineering put up a perfect record in the highly competitive 2012 CAREER Award competition, getting six winners on six applications. Now, the college is off to a strong start for 2013, notching a win thanks to assistant professor of mechanical engineering Haleh Ardebili.

National Science Foundation CAREER Awards are designed to assist early-career investigators launch long-term, productive research careers. They are one of the most prestigious honors available to faculty in the STEM fields (science, technology, engineering, mathematics) and are among the handful of awards factored into the official Top American Research University Rankings.

Such batteries, she said, could be integrated into textiles or could be worn around the wrist like a bracelet. When sewn into fabric, they could be used to power equipment worn by soldiers in the field or to supply energy to patches placed on the skin and used for medical purposes, such as patient monitoring or diagnostics. A battery worn around the wrist, meanwhile, could be a convenient backup power source, serving as a charger for a smart phone that’s low on power, for example.

According to Ardebili, while there are numerous applications for the technology, there are several hurdles to making effective stretchable, flexible batteries. One of the biggest is how bending and stretching will impact a battery’s ability to store and discharge energy – a question that she intends to answer with this research. “If it stretches, we have to make sure it does not lose its electrochemical performance,” she said. “That’s the motivation to study the fundamental side of it. We want to understand the relationship between the mechanical strain and stress applied to the battery and how it performs.”

The relationship between performance and mechanical strain, Ardebili added, will be greatly influenced by the different components used in these batteries.  She will therefore work to develop battery components that offer the best combination of stability and performance.

One component of particular concern is the electrolyte, which separates the two main sections of batteries, anodes and cathodes, and assists in ion conductivity between these sections.

Standard lithium ion batteries use organic liquid electrolytes. To enable flexible and stretchable batteries, researchers must eliminate liquids and transition to solid electrolytes. Specifically, a solid polymer electrolyte can be more effective in twisting and turning of the battery. Ardebili, therefore, will work to develop polymer nanocomposite electrolytes that offer high ion conductivity and that maintain their physical integrity even when bent or stretched.

While she will use some computer simulations to carry out this work, Ardebili is primarily an experimentalist. She and her research team will spend much of the next five years in the lab constructing, testing and analyzing different types of flexible, stretchable lithium ion batteries. In the end, they hope to have developed components for the commercial production of these batteries, along with a set of rules for making such devices.

“Technology has been moving in this direction for some time,” she said. “Whether they’re used in flexible electronics, for medical applications or for something else, these can provide an additional feature that electronics developers can work with. For any product, that’s important. If you have a new feature, you can develop all new applications for it.”