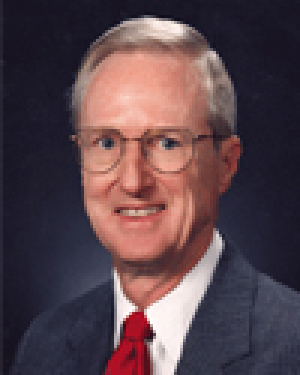 James Symons, Distinguished Cullen Professor Emeritus of Civil Engineering with the University of Houston, has been awarded one of the most prestigious honors granted by the American Water Works Association (AWWA), the Abel Wolman Award of Excellence.

The lifetime-achievement award is intended “to recognize those whose careers in the water works industry exemplify vision, creativity, and excellent professional performance.” Throughout his career, Symons received several “best papers” awards from the organization, as well as its Research Award in 1981. He also received an honorary membership in 1989.

Symons joined the faculty of the Cullen College of Engineering in 1982 after a 20-year career in federal government. While at UH, he served as chair of the Department of Civil Engineering from 1985 to 1989, and director of the Environmental Engineering Program from 1983 to 1985 and again from 1989 to 1994.

During his time at UH, Symons received several awards for his teaching and research efforts, including the 1992-1993 Chi Epsilon Excellence in Teaching Award for the organization’s Southwest District, the Outstanding Teacher of 1994 by the student chapter of the American Society of Civil Engineers and the Outstanding Teacher Award from the Cullen College of Engineering in 1994 and 1996. Also in 1996, the university presented him with its highest honor for faculty members, the Esther Farfel Award, in recognition of his service to the school, teaching and research.

As a researcher, Symons spent the bulk of his career focusing on challenges presented by water purification techniques. “One treatment process for drinking water is to disinfect it to kill all the germs,” he said. “Back in the 1970s we discovered that while we were disinfecting we were also creating chemical byproducts that were dangerous to health. My work from then to the end of my career was dedicated to developing drinking water treatment processes that would maintain good, solid disinfection for health protection from pathogens while minimizing the amount of these chemical disinfection byproducts.”

Symons retired from research and teaching in 1997, at which time the university conferred professor emeritus status upon him. Though his teaching duties have ended, he still maintains a strong bond with UH. Last year, Symons and his wife Joan received the Cullen College of Engineering Bridgebuilder Award, which is presented by Dean Raymond Flumerfelt to those who have made substantial contributions to the college.

“UH was very good to me. That’s why last year my wife and I were pleased to make that donation to the college,” he said. “We wanted to give something back to the school that did so much for us.”