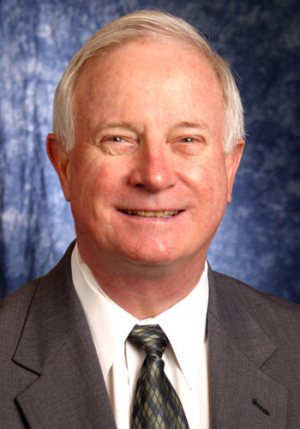 Jerry Rogers, associate professor of civil engineering with the University of Houston Cullen College of Engineering, has been named a Life Member of the American Society of Civil Engineers. The organization extends life membership to those who reach the age of 65 and have held membership in the organization for 30 years.

Rogers has a long history with the ASCE, which he first joined about 40 years ago. He has served as president of the group’s Houston chapter and its Texas section. He also sat on the ASCE’s National Board of Directors from 1992 to 1995 and served as its national vice president from 2001 to 2003.

In 1996, Rogers received the Houston Engineer of the Year Award at an Engineers Week dinner attended by 700 people. This honor made him the third college of engineering faculty member to receive the award, joining two previous deans, Roger Eichhorn and Charles Kirkpatrick.

Rogers first joined the University of Houston in 1970. As a researcher, he has focused on storm water management, drainage engineering, water resource systems and water distribution, and urban growth planning. He has been called on to conduct research and make planning recommendations in these fields by the cities of Houston, Conroe and Pearland and by Harris County, among others.

Rogers officially received his lifetime membership at a dinner held in Houston on June 20.